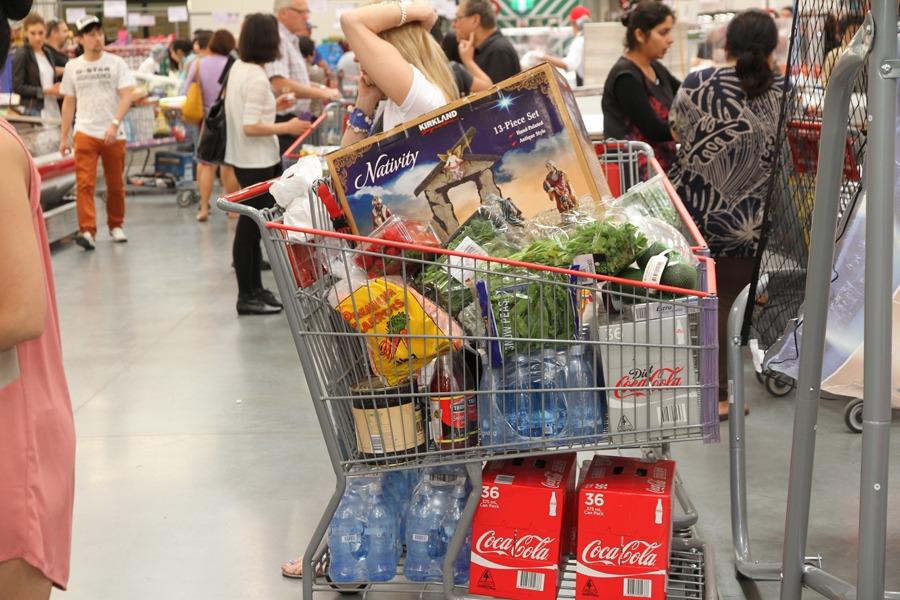 The council area where this latest Costco sits has around 126,000 residents, which is a great catchment area.

Costco Adelaide measures 14,500sqm, employs 270 staff and carries a typical assortment of around 3,600 lines. It opened on November 19 to the usual full car park. Warehouse Manager Terri Moore is a prime example of Costco’s staff development expertise, having previously joined the company at the Auburn, Sydney store in 2010.

By opening morning, Costco Australia MD Patrick Noone confirmed membership at more than 10,000 and growing. Costco is in the Port Adelaide Enfield council area, which is the second-largest council in the state and has about 126,000 residents. Queues formed on the day as curious Adelaide folk came to find out about the Costco magic. By mid-morning the check-outs were working overtime, with lines of satisfied shoppers steering a mix of items in the supersized Costco trolleys.

Shoppers came from as far away as Mildura, and one enthusiastic customer stayed overnight at the store.

Three more Costco Warehouses are on the drawing board and the next to open should be Moorabbin, 15km south-east of Melbourne in late 2015. Costco MD Patrick Noone said business had been good starting in October and continuing into November and expected sales to be buoyant through to Christmas.

Complementary competition is good for business as it draws more custom to a location. The opening of Adelaide’s first Costco Warehouse is such an example. It puts the brand new Costco experience, for most of its shoppers, alongside what was the first Adelaide Coles superstore, with 6,000sqm of groceries, general merchandise and apparel at the adjacent Churchill Centre.

The recently built Churchill Centre is anchored by Coles and Kmart and there is a LiquorLand next door to Coles. Other retail offers in the centre include Cheap as Chips, which is a growing business in the discount variety segment, and Dick Smith.

The centre has given new life to the former Islington Rail yards site on Churchill Road in Kilburn. Its 56 stores cover fresh food, homeware, lifestyle, fashion and technology, and its size and retailers makes it the largest sub-regional shopping development in Adelaide.

The most recent opening is an independent fruit and veg offer, Our Gardener’s Market, which sits adjacent to the entrance to Coles.

As a teaser, the Costco ‘gasoline’ station opened six weeks prior to the warehouse unveiling in a well-thought-out marketing strategy to entice more membership sign-ups and reward those already carrying a Costco card. Pitching the price of E10 unleaded some 30¢ per litre cheaper prior to opening, it set off a price war with the adjacent Coles Express. On opening day it retailed at $1.18¢ per litre, with Coles Express charging $1.19.

By mid-morning, a steady stream of Costco shoppers were making their way from the car park via the service road and into the gasoline station. Green-vested attendants were on hand to explain the pay-at-the-pump system. The Costco fuel model is simple: plenty of space on the forecourt, pay at the pump only. The kiosk houses staff control systems and the pumps and tanks are all latest technology.

The Churchill Road site will do well and the Coles Express next door will be busier than it used to be, but will have to face lower margins on its fuel range as Costco keeps up competition. All new Costco warehouses will offer fuel.

Retail World interviewed local mayor Gary Johanson, who said he was delighted Costco had chosen his council as the site of its first Adelaide warehouse.

Mr Johanson said Port Adelaide Enfield Council is the second-largest council in the state, with about 126,000 residents, but also has a large slice of the business in South Australia.

“We have 70 per cent of the state’s transport industry in our area and we have the port, where they manufacture submarines and the destroyers,” he said. “We’re a very diverse council, with the largest numbers of multicultural people of any metropolitan council.”

According to Mr Johanson, more than 30 per cent of people in the area are from a non-English-speaking background and Port Adelaide Enfield has the highest number of refugees of any metropolitan council in the state.

“I’ve noticed that this [Costco] is a very interesting place for the multicultural community to shop at, and that’s what I find exciting, and that was borne out when they opened the other shops [in the Churchill Centre] alongside it not that long ago,” Mr Johanson said.

“It was the huge support they were getting from the local multicultural community because of the diversity of the products.

“Retail as it stands is very exciting because, being the second-largest council in the state, we had no real major precinct, but we had the Homemaker centre at Gepps Cross, which is quite good, but more a different concept, more the washing machines, furniture, that type of thing – funnily enough, developed by the same developers that have done this Churchill Road strip, which is the Axiom group.

“But what they have done now has made this Churchill Road strip – and Costco’s a very important part of that – into what will be, I believe, the retail precinct of the state.”