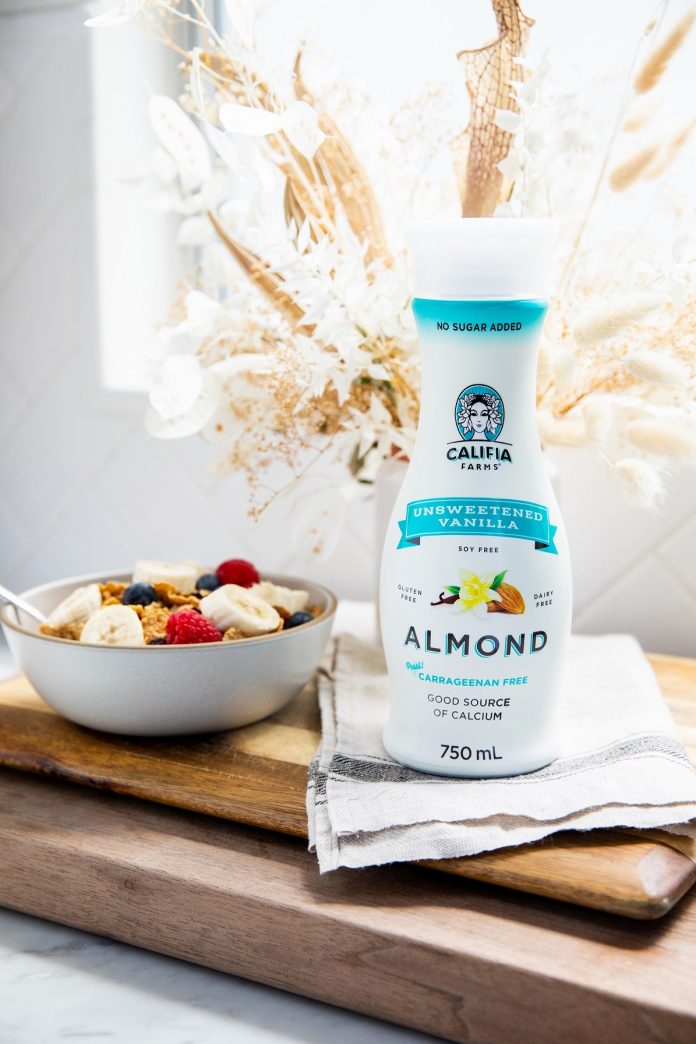 The team says that while ‘vanilla’ is often used as a word to describe something ‘ordinary’, the flavour is anything but!

“With no added sugar and a hint of vanilla for subtle natural sweetness, its creamy mouthfeel and smooth texture make it a great dairy-free source of calcium.”

Califia Farms Unsweetened Vanilla Almond is now available at both Coles and Woolworths supermarkets nationally, and other independent retailers.