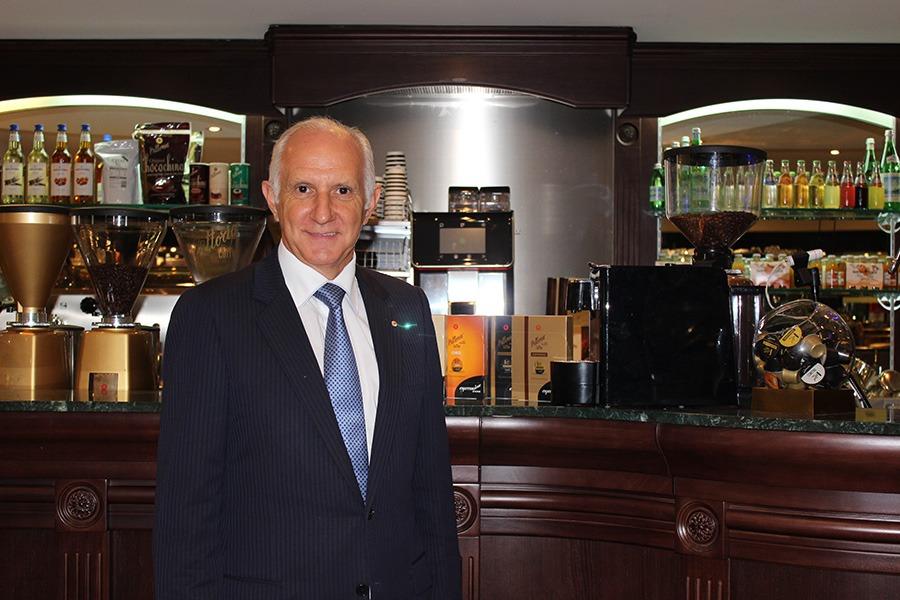 Capitalising on the considerable opportunity presented by the coffee capsule segment, Vittoria Food & Beverage has cemented its market leadership position with the introduction of its own range of machines and capsules.

As market leader in the coffee category, Vittoria Food & Beverage could see the capsule market was growing dramatically, and in the space of 12 to 18 months the format now accounts for 40% of the Pure Coffee market in dollar value. Source : IRI-Aztec, MarketEdge, Grocery Wtd, MAT to 05.04.2015. Total Pure Coffee (Beans & Ground, Capsules and Pulverised Coffee). Value (Dollars)

To capitalise on the growing segment, Vittoria introduced its own capsule offering, Espressotoria, in February 2013 through independent retailers and hotels. Following extensive testing, Espressotoria launched in Coles in early 2014 and began ranging in Woolworths in October.

The system has been hugely successful since its launch, with the machine outperforming two other machines that launched at the same time – testament to the strong performance of the Espressotoria machine and the freshness of the capsules. This success can be attributed to Vittoria’s patience in delaying release until it was confident the system had been perfected.

“I didn’t want to put the brand through a system that wasn’t going to deliver the quality aspects of Vittoria,” Vittoria Food & Beverage Managing Director Les Schirato told Retail World. “I’m incredibly happy with the way it performs and so that’s why we delayed our entry into the capsule market. We don’t tend to do things for the short term, we do them long term.”

The Espressotoria system requires an Espressotoria machine, which is easily accessible for consumers and can be purchased at Coles, Woolworths, independents and online. When on promotion, the machine retails for $49, presenting very little barrier to entry.

“So even if people have other coffee machines, they can spend $49 and get into the system,” Mr Schirato said. “It’s on promotion, it’s not a huge ask and, in fact, it’s the price of a kettle.”

As with all Vittoria Food & Beverage coffees, Espressotoria is packed in Australia to maintain freshness, which Mr Shirato says presents a distinct advantage over manufacturers of other capsule systems.

“Our freshness and our café heritage are a big competitive advantage for us,” he said. “The fact that we’ve got such a strong café and restaurant heritage and we’re known for quality – I think that’s been the reason for its success.”

Covering each tier of the market, Vittoria’s brands are well established in the category. The company is most known for its premium range Vittoria, which is the number one Beans & Ground coffee brand in the Australian market. Source : IRI-Aztec, MarketEdge, Grocery Wtd, MAT to 05.04.2015. Total Beans & Ground Coffee. Value (Dollars)

To cover the whole capsule market and cater for increasing demand for the format, Vittoria launched its own Nespresso-compatible capsules in Woolworths last October. However, before entering the segment, Vittoria wanted to ensure the philosophy of each brand in pure coffee was being mirrored in capsules.

“We had so much demand put on us as to why we weren’t producing compatible capsules as well as the other brands, and otherwise we were just really giving away market share to all of these different competitors,” Mr Shirato said.

While for some the capsule segment has been synonymous with the Nespresso brand, Vittoria is clearly able to differentiate itself purely through the strength of its brand.

“The Vittoria brand has strong brand credentials and café heritage, our market share, all the hallmarks of Vittoria – which is three-hat restaurants, award-winning hotels – it’s that same imagery of Vittoria translated into our capsules, so people at home have more opportunity of delivering the right type of coffee,” Mr Schirato said.

Despite the success of the capsules, consumer confusion regarding compatibility presents an issue. For example, Woolworths offers a simplified capsule machine offer of two systems, making it easy for consumers to identify which capsule fits what machine. However, some retailers offer four or five different systems, which can be confusing for consumers.

To combat this issue, Vittoria clearly displays compatibility messaging on its packaging – ie, for use in the Espressotoria system or Nespresso-compatible.

“We take our coffee seriously, but we were sort of poking fun at the fact that people these days are trying to make it confusing,” Mr Schirato said. “What we’re saying with Espressotoria is you can have a simple delivery, but get a really good coffee – it doesn’t have to be complicated.”

“Instant coffee is still the biggest market here in Australia, and so hopefully we’re going to be able to deliver real coffee to Australian consumers who have been used to drinking instant, so I think that’s one of the greatest opportunities in a retail sense,” he said.