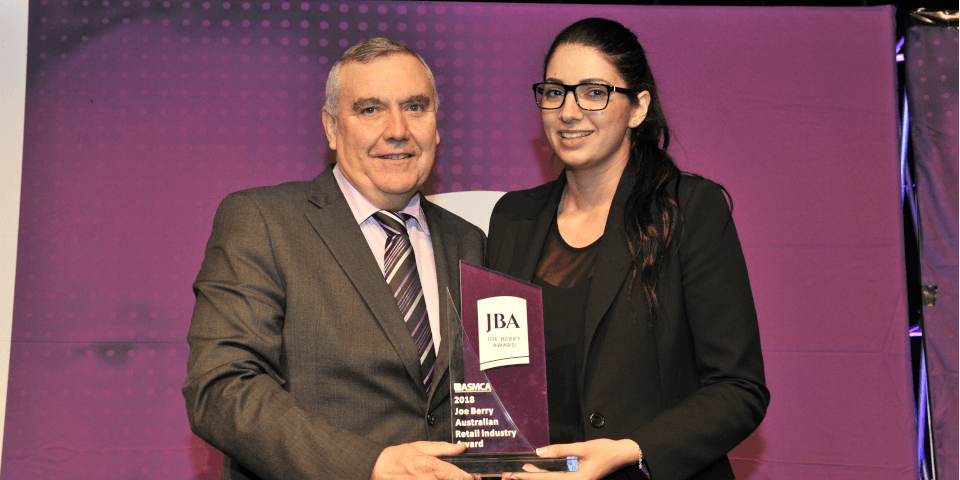 The winner of the Joe Berry Australian Retail Industry Executive Award was announced at a ceremony in Sydney last night.

Lion Dairy & Drinks National Business Manager Ms Esra Ozege (pictured) emerged triumphant. Her essay and presentation on global pricing algorithms was a favourite among the panel of judges during the event’s presentation session, which was held at Coca-Cola’s head office in the city. Following the session, the five award finalists again faced the crowds in one-on-one interviews at the awards ceremony.

Mike Cullerne from Campbell Arnott’s was awarded the Trading Partner Forum Scholarship. This is the second time that Mr Cullerne has been an awarded finalist of the Joe Berry Awards, having won the TPF Scholarship Award in 2016.

Retail Media congratulates Ms Ozege, Mr Cullerne and all the finalists on their achievements. The future of the retail industry in Australia looks promising with these exciting young executives in its ranks.

Further coverage of the Joe Berry Awards will be featured in the August issue of Retail World.