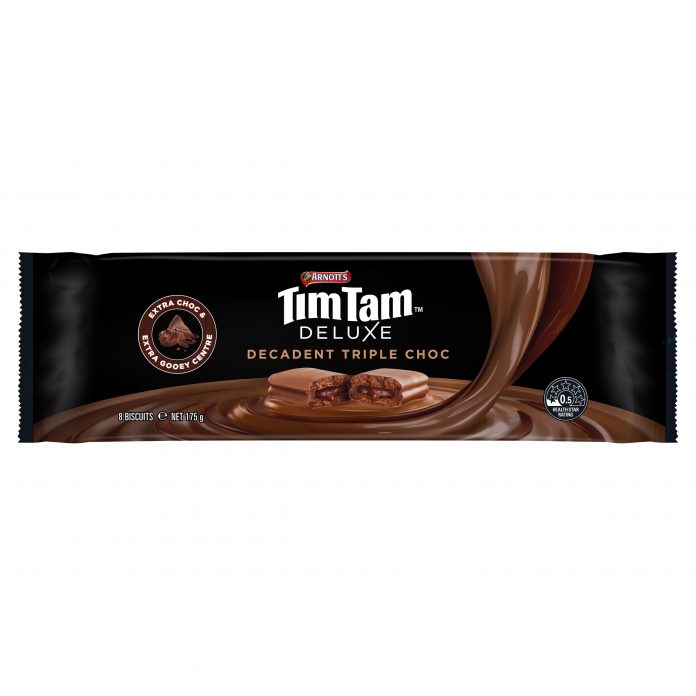 Arnott’s has announced that a new “indulgent” range of Tim Tam flavours will hit shelves in the new year.

Last week, one of the six flavours of the Tim Tam Deluxe range was unveiled, Decadent Triple Choc.

Tim Tam Brand Manager Rebecca Chan says it’s been a difficult year, so we wanted to give Tim Tam lovers something to look forward to in 2022.

“The new range is definitely one to be excited about,” she says. “We’ve found new ways to add even more indulgence to Australia’s favourite chocolate biscuit, with the Decadent Triple Choc flavour being one of our favourites.”

The full Tim Tam Deluxe collection will be revealed and available in early 2022.