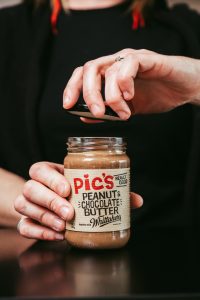 The team at Pic’s Peanut Butter are bringing their Peanut & Chocolate Butter to Australia.

The new flavour will be launched in Coles from today (19 April) and Woolworths, the end of May.

“Peanuts & chocolate have always gone well together, and the team have done a marvellous job of turning them into something I know lots of customers will find irresistible,” Pic Picot says.

“We’re thrilled to be bringing this Pic’s Peanut & Chocolate Butter to Australians, as it’s been going nuts in New Zealand since its launch in late January.”

The 290g jar will be available from all Coles, Woolworths and independent stores nationwide for $9.00.