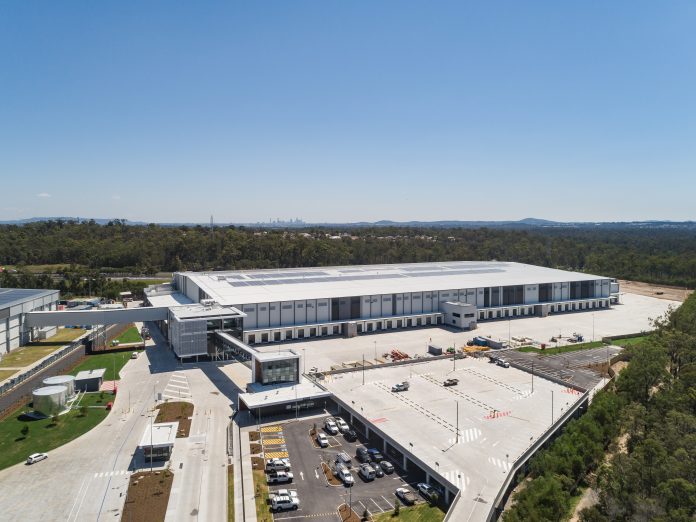 The DC has been partly operational since November 2021 to support Woolworths Group’s network in the lead up to Christmas.

Woolworths Group CEO Brad Banducci says: “The importance of a strong, responsive and resilient supply chain has come into sharp focus during the pandemic and the most recent extreme weather events.

“As well as strengthening our network capability, this new state-of-the-art facility is an important part of our ongoing commitment to investing in Brisbane – and across broader Queensland – to support jobs growth and help us deliver high-quality products to our customers fresher, faster and more efficiently than ever before.”

Premier Annastacia Palaszczuk says private sector investment in new infrastructure and jobs was crucial to rebuilding Queensland’s economy in the wake of Covid-19.

“Throughout the pandemic and again, during severe weather events this year, Queenslanders have gained a great appreciation for the important role distribution centres play in their lives,” the Premier said.

“This centre will not only create local jobs – it will grow the supply chain here in the southeast and help to ensure that Queenslanders always have access to food and other essentials.

“At $184 million and three times the size of Suncorp Stadium, this is no small investment.

“Having the Woolworths group choose Heathwood as the location for this brand new hub is a vote of confidence in our community and a sign that Queensland’s economy is roaring back to life.”

Federal Member for Oxley Milton Dick MP says: “I am incredibly excited to see this facility open as it will create great, ongoing employment opportunities which will be a fantastic boost for our local economy.”

“This hub creates jobs, delivers a secure food supply chain and opens up supplier opportunities, which is a huge vote of confidence in Brisbane’s future.”

Vaughan Constructions Director Eric Law says: “Having delivered several major facilities for Woolworths Group, we are proud to be associated with a company that continues to deliver industry leading projects and, in this instance, arguably the most outstanding such facility in the country.”

LOGOS’ Head of Australia & New Zealand Darren Searle says: “LOGOS is very proud to have partnered with Woolworths to deliver this state-of-the-art facility and we look forward to continuing to support their growth across the country.”

At full capacity the Heathwood DC will distribute in excess of a million cartons of chilled, frozen and fresh meat per week. With the co-location and connection via an automated air bridge of Woolworths’ meat supplier Hilton Foods Australia, approximately 390 truck movements will be removed from Brisbane roads each week by consolidating delivery loads to stores.

“With sustainability at the forefront of the build, the facility features 4000 solar panels that will provide 100% power for the site during peak periods, a discharge rainwater tank which captures three million litres of rainwater and gentle run off, grassed areas across the grounds and provision for electric cars and trucks,” according to a statement released by Woolworths Group.

Woolworths Group and long term development partner LOGOS, are supporting the local ecosystem by installing native bee colonies on-site. Located on the border of neighbouring bushland, the bee colonies are cared for by a local beekeeper and contribute to the biodiversity in the area.

In October 2020, Woolworths Group unveiled a $12m upgrade of its Townsville Regional DC – more than doubling its original footprint. It also operates the 92,000sqm Brisbane Regional Distribution Centre at Larapinta to sort and deliver fresh and ambient goods to stores across the state.