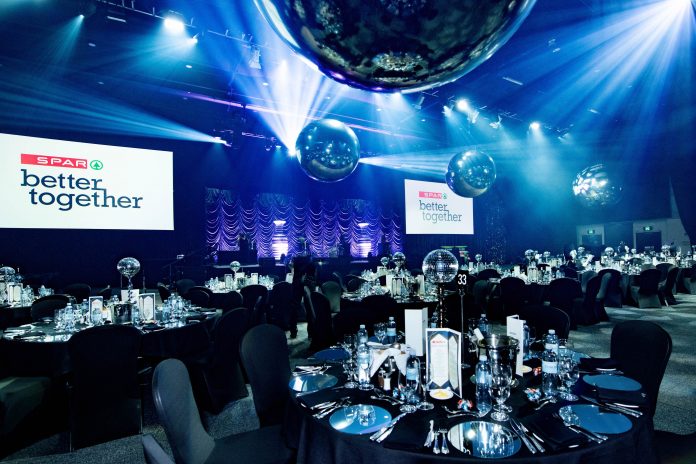 With over 530 delegates in attendance, and represented by 116 stores, SPAR Australia Trade Show showcased 124 exhibitor stands and the latest food, beverage, equipment and technology products and innovations to hit the market.

SPAR Australia Managing Director Lou Jardin addressed the event and said the SPAR business has been transformational over 12 years. He thanked the corporate team, SPAR retailers, suppliers and all who had been on the journey with SPAR.

Recognising the contribution to SPAR and the independent industry, Mr Jardin presented the inaugural Little SPAR Award to long-serving retailer Bob Little of SPAR Maclean, Queensland, who has been an independent retailer for more than 40 years.

Mr Lou Jardin stated: “This award is to recognise contribution to SPAR and to the independent industry by SPAR independent retailers. Bob and Judith are true role models and an inspiration to us all.”

At the presentation, Michael and Andrew Little (Bob & Judith’s sons), described what it was like growing up in the house above the store, and witnessing daily what Bob & Judith did to serve the community of Maclean.

Store of the Year

Look out for full coverage in the upcoming July issue of Retail World.