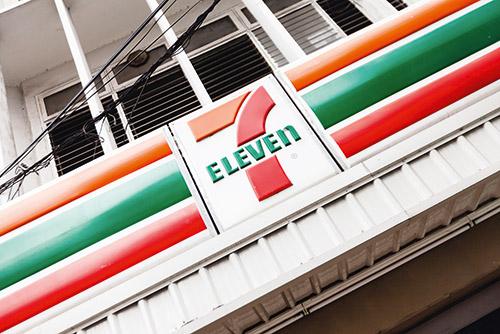 Warren Wilmot and Russell Withers have stepped down from their respective roles as CEO and chairman of 7-Eleven Stores following the revelation of widespread underpayment of staff among franchisees.

In an announcement on September 30, Mr Wilmot acknowledged it would be difficult for him to play a central role in navigating the company through the challenges it faces, given his long-standing executive role, and that a new independent CEO was appropriate in the circumstances.

The board acknowledged Mr Wilmot’s accomplishments during his term as CEO and the character he has shown to step aside to assist the company to move forward.

Outgoing chairman Russell Withers said his original 7-Eleven board succession plan had been to hand the chair over to Mr Smith in 18 months, but in the wake of Mr Wilmot’s resignation, it made sense to bring that transition forward.

“Over the longer term, Michael will need to forge a very close working relationship with our new CEO, so it makes sense for that process to commence from the outset,” Mr Withers said. “Michael will lead the appointment of Warren’s replacement and take an active lead role in navigating 7-Eleven through the current issues we’re facing relating to the underpayment of staff.

“We’re very fortunate to have someone with Michael’s credentials and track record on the board and able to step into this role. Michael’s detailed knowledge of the 7-Eleven business, together with his breadth of experience across a range of boards is exactly what we need at present.

“Naturally, this is a major decision for me to stand aside as chairman, but I will continue to be a shareholder and I’m determined to make sure the company is in the right hands to move forward.”

Mr Withers will remain Chairman of the group holding company that has as its investments 7-Eleven and Starbucks, together with real estate and a share portfolio.

Commenting on the news of Mr Withers’ resignation, Australasian Association of Convenience Stores CEO Jeff Rogut said Mr Withers was “visionary” when he brought the 7-Eleven brand and concept to Australia in 1977 and “in many ways set the benchmark in terms of convenience store retailing here”.

“It has been very concerning to see the allegations and developments surrounding 7-Eleven and all those affected, but I’m sure that through the various inquiries currently underway the issues will be resolved.”

Mr Rogut said AACS had no direct knowledge of the allegations aired on a recent Four Corners program, as well as ongoing media reports, with respect to the 7-Eleven organisation and added that it would be premature to speculate pending the findings of the independent investigation established by the company, as well as the inquiries by the Senate and other regulators.

“Certainly 7-Eleven is a prominent and important member of the association and has been a major contributor to the development of the sector,” he said.

“AACS members are committed to high standards and business ethics in the convenience store industry and the maintenance of these standards and ethics for the benefit of all their stakeholders, be they members of the public, employees, suppliers or owners.

“It goes without saying that neither AACS nor its members condone any wrongdoing and we’ll actively work with our membership to ensure they’re aware of their legal and ethical obligations and to provide whatever support, information or training they may require.”