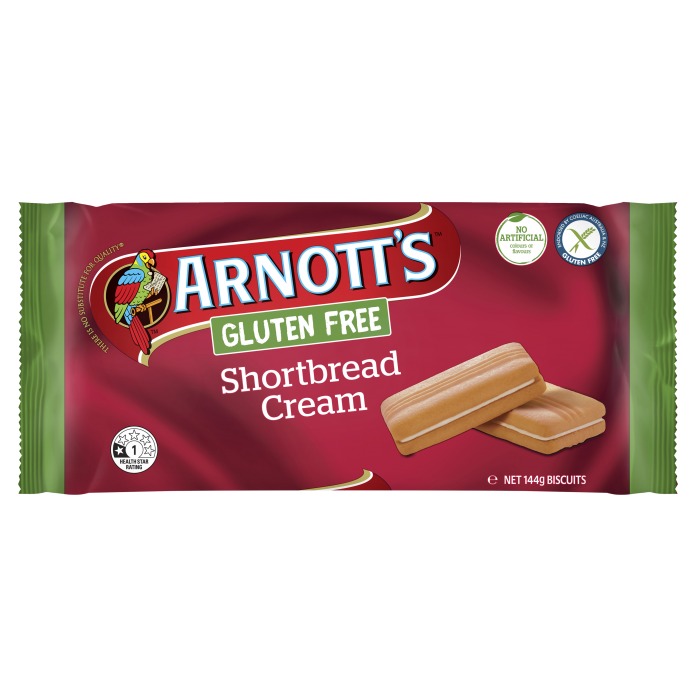 Arnott’s Business Director, Treating ­­­­Ranita Cowled says, “After the overwhelmingly positive response to our Gluten Free product launch in 2021, we are thrilled to announce that the millions of consumers seeking out Gluten Free snacks will have three new Arnott’s favourites to indulge in.”

“Nearly 25 per cent of Australians restrict gluten or wheat[1], and many of those people have traditionally felt disappointed by the available offering, with as many as two thirds believing that the existing Gluten Free snacks don’t taste nearly as good as regular snacks, according to a study undertaken in-house[2].”

The new range is made in Australia with a Gluten Free flour blend, made from maize, tapioca, rice, sorghum, and soy.

“All three biscuits were developed to the exacting taste specifications of Arnott’s culinary team. And great care was taken to achieve a delicious flavour and texture, like the lush cream in Shortbread Cream, or the choc mint melting moment of Mint Slice.”

[1] The Medical Journal of Australia – Incidence and prevalence of self‐reported non‐coeliac wheat sensitivity and gluten avoidance in Australia.