Australia 2030! Where the bloody hell are we? 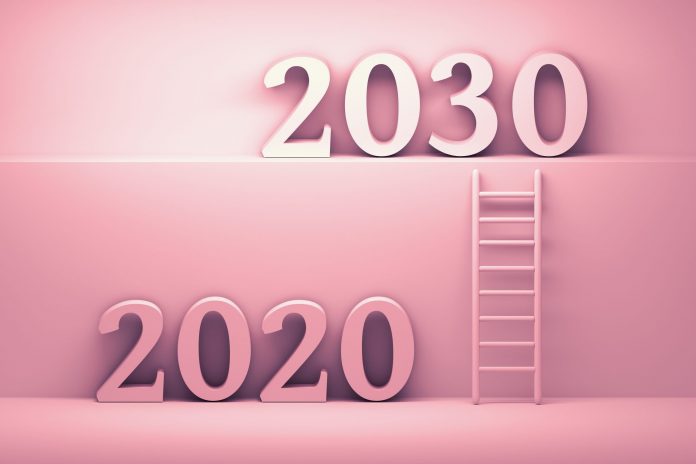 Well it’s safe to say that this new decade has kicked off with a few absolute doozies, so you can’t help but think… what does 2030 have in store for us?

That’s something on the minds of Futurologist & Author Rocky Scopelliti, who has released Australia 2030! Where the bloody hell are we? a new Australian-first book on Australian professionals sentiment about the decade ahead, based on a major study conducted before and during the eye of the COVID-19 storm.

How do we feel about the speed of technological and scientific change?

77% of respondents felt positive about the speed of technological and scientific change over the coming decade, and only 8% feel negatively and 15% neutral.

What part of Australian professionals lives they thought would change the most due to technological and scientific developments?

Whilst ‘job/career’ was seen by one in two (47%) Australian professionals to be the part of their life that would change significantly due to technological and scientific developments, ‘better physical and mental health’ was seen as the least (4%). That sentiment quickly changed during the month of March 2020.

65% of respondents in the month chose ‘better physical and mental health’ to be part of their life that would change significantly due to technological and scientific developments.

Amongst a range of technological and scientific developments, which ones do Australian professionals predict they would be experiencing in 2030, and what they felt about them.

In the Australia 2030 research, Australian professionals expect advancements in ‘Our Biological World’ (68%) to be the most likely they wil be experiencing in 2030.

Demographically, more Millennials believe that ‘Robots will become more intelligent than humans and augmented into their work and family lives’ (18%).

By invitation, 673 Australian professionals (170 classified as CEOs, Chairman, Board Directors) participated in the quantitative and qualitative study conducted during January– April 2020 that is referred to as the Australia 2030 research.

MEDIA RELEASE Anuga, the world’s "largest" trade fair for food and beverages, breaks new grounds for the developments of the entire industry. It is an important...
Read more
Manufacturer

Foodbank takes the ‘surprise’ out of food donations

Aiming to take some of the insecurity out of the food donation ‘surprise’ supply chain, Foodbank Australia and General Mills are rethinking the model. In...
Read more
Marketing News

A new aromatic, red pear is on the block with growers across Australia beginning plantings of the first QTee pear trees. Originating from Norway, the...
Read more
Management

As organisations and venues begin to reopen, and a slight sense of normality creeps in, business owners are wanting to ensure that their business...
Read more
418FansLike
541FollowersFollow
626FollowersFollow

Emily Devon - August 12, 2020 0
A new aromatic, red pear is on the block with growers across Australia beginning plantings of the first QTee pear trees. Originating from Norway, the...