Australian fresh produce ‘as good as it gets’ 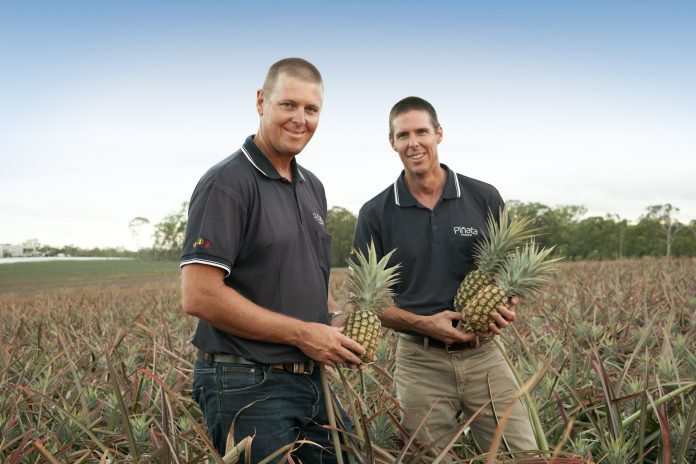 The pandemic hasn’t slowed business or supply for Piñata Farms. The company has continued operations despite the disruptions and is expanding its berry business to focus on filling supply shortages on the shoulders of the season.

Piñata Farms is a family owned and operated farming business with origins dating back to the 1960s at Wamuran, Queensland. Operated by brothers Gavin and Stephen Scurr, Piñata is a leading multi-fruit producer, growing four fresh lines over more than 1000-hectares around Australia, and is claimed to be Australia’s largest fresh pineapple producer.

Fruit is grown at Piñata’s own farms in Queensland, the Northern Territory and Tasmania and by third-party growers in five states.

Pineapples are available nationally all year round, Honey Gold mangoes between November and March, and strawberries and raspberries seasonally on the eastern seaboard.

“Once a new line has full supply, we’re seeing lower than usual pricing is required to move the volume,” Managing Director Gavin Scurr said. “If lines are under-supplied, pricing is better and more consistent.

“At no time in our history has farming been more disrupted than since the outbreak of the global pandemic. Labour has been the most significant challenge. Global shipping delays have significantly impacted equipment and stock. More recently, floods in south-east Queensland have delayed planting schedules and deliveries due to road closures.”

Read the article in full in the April issue of Retail World.