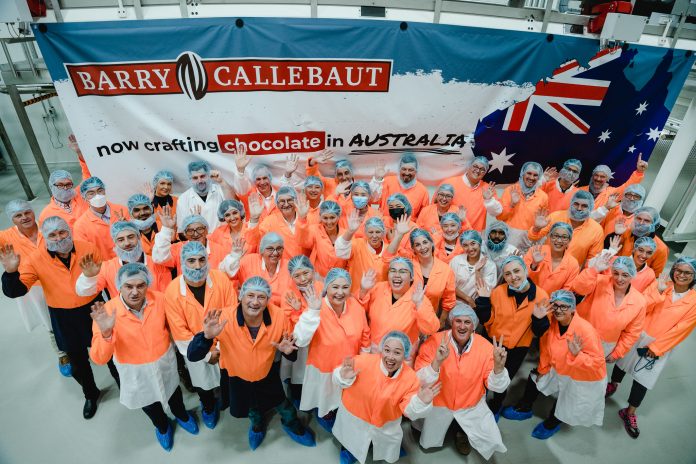 The Barry Callebaut Group, the world’s leading manufacturer of high-quality chocolate and cocoa products, yesterday celebrated the official opening of its factory expansion in Campbellfield, on the outskirts of Melbourne.

The investment expands the existing Campbellfield factory, which was acquired in 2020. The new factory lines add significantly to the total production capacity of the Australian factory and its range of offerings. The offerings now include liquid chocolate, compound, buttons, chips as well as specialties such as coatings and fillings.

“The facility further strengthens our regional footprint in Asia Pacific, producing safe and high-quality products,” he says. “The move is in line with our ambition to locate production close to our customers.”

Through its facility in Campbellfield, Barry Callebaut can serve the entire food industry in Australia, from global and local food manufacturers to artisanal and professional users of chocolate.

“With the expansion of our Campbellfield factory, we are well positioned to become the leading chocolate manufacturer in Australia,” he says.

The investment into the 11,000sqm site, equipped with state-of-the-art chocolate refining and conching lines, corresponds to the increasing demand for high quality chocolate in Australia.