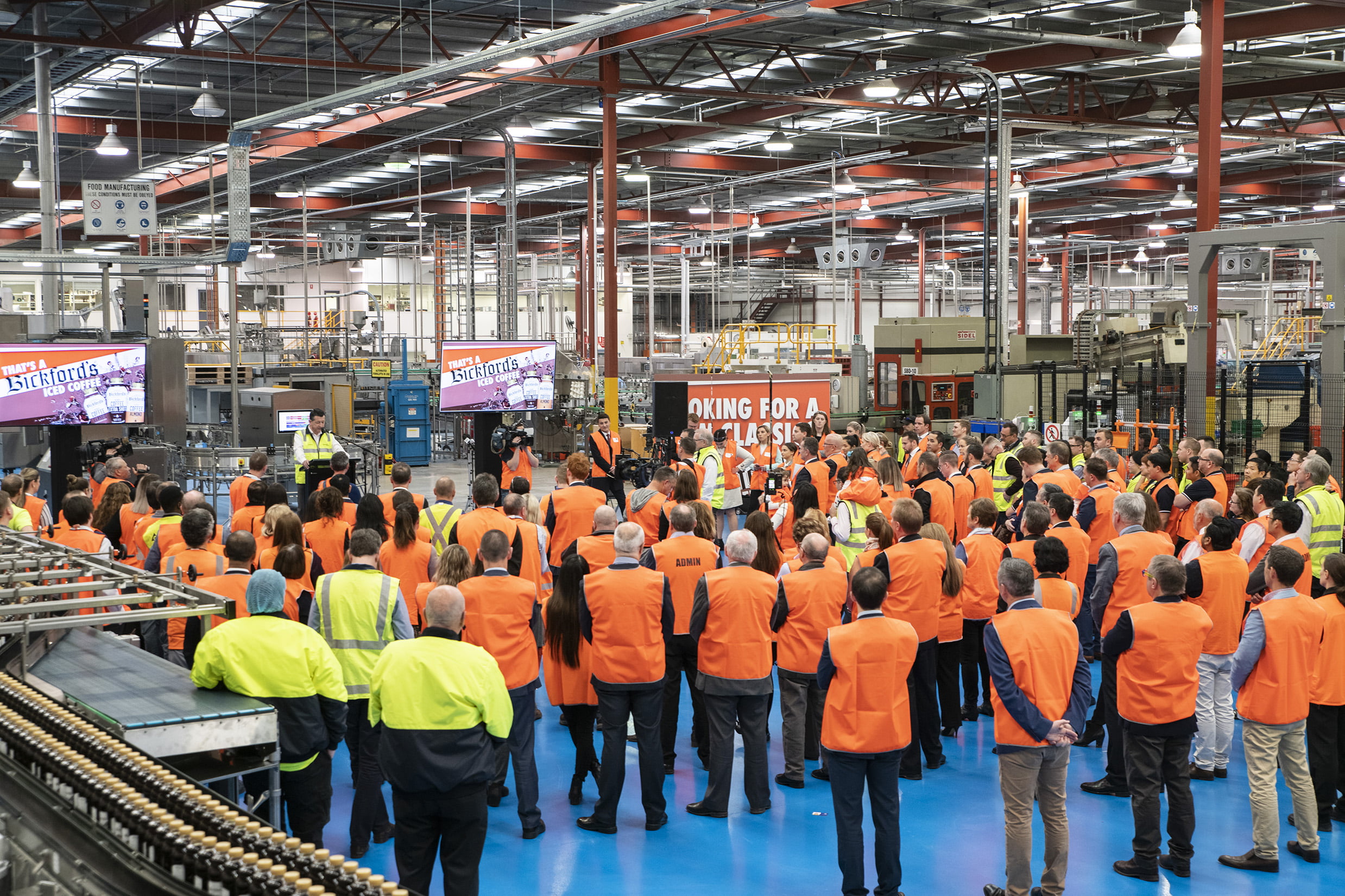 The $20 million project has been three years in the making and, according to Bickford’s, confirms the ongoing commitment to South Australia by the private, family owned business.

“This new facility is awe-inspiring, and everyone involved should be filled with a great sense of pride,” Mr Marshall said.

“The passion that [owner] Angelo Kotses has for his consumers, retailers, staff and brands is evident – this kind of manufacturing is critical for South Australia.”

These days, Bickford’s can be found in 39 countries and the new line is said to be able to produce 18,000 bottles per hour.

Designed to meet Bickford’s specific requirements and manufactured by Sidel in conjunction with Tetra Pak, the machine is claimed to be one of only a handful in the southern hemisphere to use aseptic filling technology.

Now with a total of eight manufacturing lines, Bickford’s says the technology creates “endless opportunity” for the business, which is now in a position to create innovative beverages in almost every drinks category, including a wider range of preservative free options.

During his visit, Mr Morrison was given a tour of the new plant.

“I was thrilled to get this invitation,” he said.

“Bickford’s is a truly great Australian brand – one in 25 Australians buy Bickford’s each week which goes to show how loyal consumers are.

“What is being done here is great for manufacturing – the future of Australian manufacturing is this high quality. This is a fantastic example of how the latest technology can be used right here right now and is a great signal to others that this is a great place to invest and grow.”

Previous articleColes Online thanks customers with free home delivery
Next article‘Important’ grocery trends, according to IRI