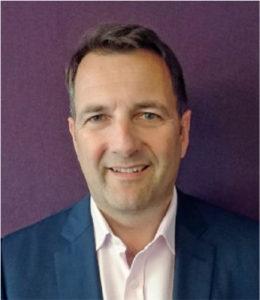 Neil is a partner at NextGen Group. He has held line roles in large FMCG companies such as P&G, FritoLay, InBev and Wyeth in the UK. For the past 14 years he has worked as a consultant in Australia, leading significant capability and strategy programs for clients such as Nestlé, Unilever, Coles, Schweppes and Fonterra.

NextGen is a Sydney based sales consultancy founded in 2010. For the past two years NextGen has teamed up with the AFGC on the development and delivery of the FGCC training and accreditation program that has been delivered to more than 1,000 sales, supply chain, legal, category and marketing managers. The NextGen team works extensively with both suppliers and retailers on both sales strategy and capability.

As most readers would be aware, the Food and Grocery Code of Conduct came into force on July 1, 2015.

About Life, ALDI, Coles and Woolworths all signed up to the Food and Grocery Code of Conduct (FGCC) and agreed to be bound by its conditions. Metcash has stated that it will act in a way that is consistent with the code and review signing at the end of this year. The code allows for a full transition year (ending July 1, 2016). During this transition period, retailers must complete a number of tasks. They should:

So where are we at?

The AFGC and NextGen have now trained almost 150 companies and more than 1,300 people in the implications of the code on their commercial relationship with retailers. This will ensure that suppliers are ‘talking code’ with their retail contacts on a regular basis. This is critical to support the behaviour changes the code requires of retailers.

Woolworths and Coles have now trained their staff and made internal provisions to ensure they are operating in a code-compliant way. They have appointed code- compliance managers as their internal code auditors or ‘code police’ (see the AFGC or retailer’s websites for contact details).

The retailers have offered all suppliers the relevant amendments to their supply agreements and suppliers are at different stages in regard to signing their GSAs with the retailers. After early ACCC intervention, it was made very clear that this process is a ‘negotiation’ with the retailers, not a ‘take it or leave it’ position.

The retailers have a significant task ahead in negotiating GSAs with all suppliers (up to 4,000 for Woolworths and Coles) ahead of July 1, 2016. There are some significant industry concerns around their ability to achieve the task before the deadline.

So what happens on July 1?

If you have signed the retailers’ various amendments/annexures:

If you have not signed the retailers’ documents by the end of June, then a number of things occur:

NextGen and the AFGC both strongly believe that the best possible position for a supplier is to negotiate a mutually acceptable position with the retailer to ensure that the full benefit of the code is realised by the supplier. However, there are a number of elements that should be considered carefully.

The introduction of the code and GSAs provides suppliers with a unique opportunity to review both their contractual and commercial position with retailers. The code’s purpose is to make sure that the GSA is negotiated (you have a say in its terms), transparent (you know what you are up for) and certain (the deal is one retailers must stick to). The code, though, does not protect you from a bad deal – it is for you to negotiate a pragmatic and workable deal with which to do business.

July 1 is not the end of this code of conduct journey – it is the start. The past year has just been a transition, and from July we begin living and breathing the code on a daily basis. All the transitional arrangements expire and there is full expectation that their behaviour will be fully code compliant.

2) in Brisbane. Speakers from the ACCC, Coles, Woolworths, NextGen and British Brands Group will examine the FGCC and provide their perspectives on the transition period and the next 12 months.

If you have a specific code or GSA challenge, contact NextGen, which provides both code training and GSA readiness assessments for suppliers. NextGen can be contacted at info@ngg.com.au or visit www.afgc.org.au for further information.