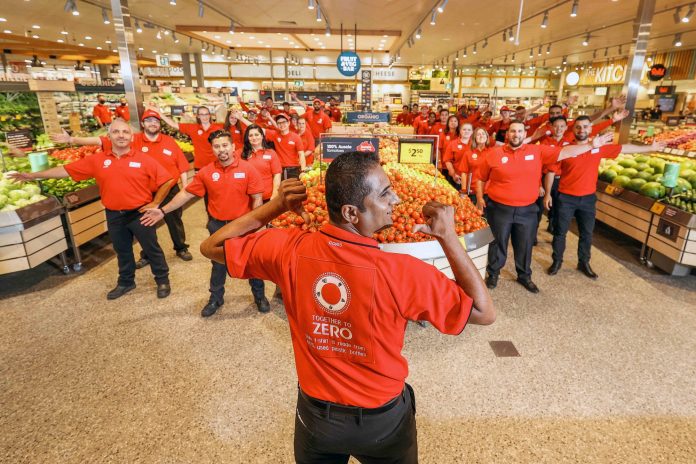 Coles Group has supercharged its commitment to be powered by 100% renewable electricity by FY25 and to deliver net zero greenhouse gas emissions by 2050 by signing two major agreements with leading renewable energy companies ENGIE and Neoen.

When added to progress already made on renewable power purchase agreements, onsite solar and large-scale generation certificate (LGC) deals, Coles has committed to purchasing more than 70% of the renewable electricity required to meet its FY25 target, once the agreements commence.

Under the agreement with ENGIE – “the largest independent power producer in the world” – Coles will purchase LGCs generated from ENGIE’s Willogoleche Wind Farm and Canunda Wind Farm, in South Australia.

Coles will also source a portion of its national electricity requirements through a separate LGC agreement with leading French energy producer Neoen, and their portfolio of renewable power plants located across NSW, Queensland, Victoria and SA.

Coles Chief Sustainability, Property and Export Officer Thinus Keeve said Coles is well on the path to deliver on each of its ‘Together to Zero’ greenhouse gas emissions and renewable electricity targets after becoming the first major Australian retailer to commit to buying renewable electricity through a power purchase agreement in 2019.

“As part of our ambition to be Australia’s most sustainable supermarket we’ve launched our new ‘Together to Zero’ sustainability strategy with a long-term aspiration towards zero emissions, zero waste and zero hunger,” he said.

“The agreements are with some of the world’s top renewable electricity companies and show we’re taking a leading role in driving climate action in Australia.

“It puts us in a great position to be powered by 100% renewable electricity by the end of FY25.”

ENGIE ANZ Executive General Manager Energy Management Andrew Hyland said: “ENGIE is pleased to be supporting Coles to take significant steps towards its ambition of being Australia’s most sustainable supermarket.

“Our long-term partnership with Coles will also enable further investment in new renewable energy projects across Australia, as ENGIE accelerates the transition to a carbon-neutral economy.”

Neoen Australia Managing Director Louis de Sambucy said: “We are delighted to be partnering with such a prominent Australian company like Coles, as it makes another step towards its target of 100% renewable energy by 2025, underscoring its contribution to the broader energy transition.

“This is Neoen’s first portfolio-wide deal in Australia, an exciting advance which demonstrates the complementarity of our assets and the strength of our long-term owner operator business model.”

In March, Coles launched its refreshed sustainability strategy ‘Together to Zero’ to drive generational sustainability. In announcing the strategy it also committed to deliver net zero greenhouse gas emissions by 2050; for the entire Coles Group to be powered by 100% renewable electricity by the end of FY25; and to reduce combined Scope 1 and 2 greenhouse gas emissions by more than 75% by the end of FY30 (from a FY20 baseline).