Did someone say chocolate beer? 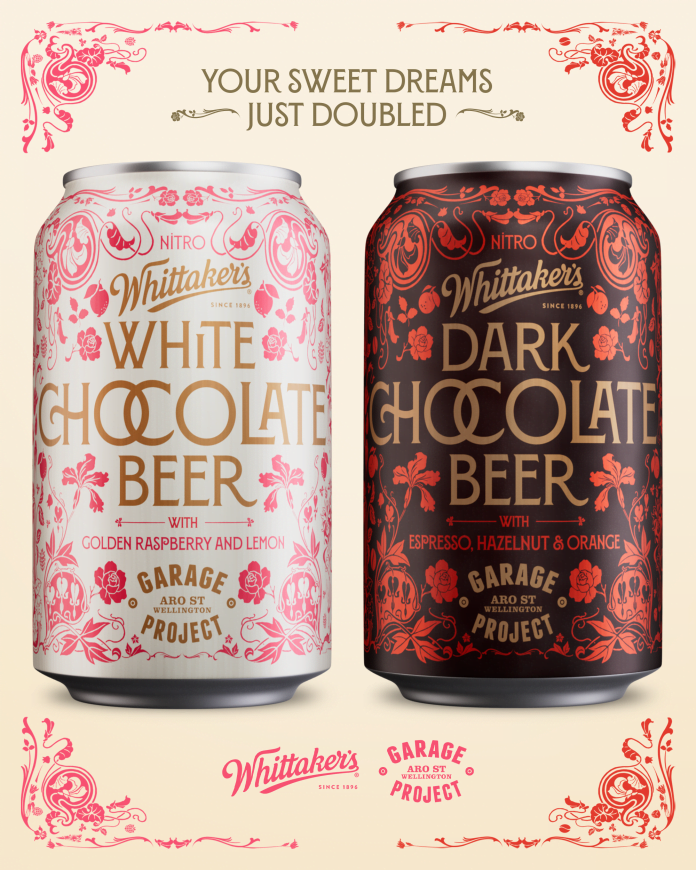 Whittaker’s and Garage Project have taken a look into your fantasy and crafted it so.

The two businesses have paired up to craft two new chocolate beers, following the success of the first chocolate beer they created back in 2018.

The new brews are locally made and take on the emerging chocolate beer craze, just in time for the festive season.

“We have a shared passion for quality, innovation and artisan craftsmanship, and these delicious new chocolate beers are a testament to that passion with some flavour notes that make these extra-special,” says Whittaker’s co-Chief Operating Officer, Holly Whittaker.

The White Chocolate Beer with Golden Raspberry and Lemon is a creamy white chocolate milk stout. It’s brewed with New Zealand lactose, barley and oats and infused with a touch of Whittaker’s cocoa beans, vanilla, golden raspberry and Gisborne lemon.

Co-founder of Garage Project, Jos Ruffell says, “We are really lucky to have the opportunity to work face-to-face with Whittaker’s given we’re both based right here in Wellington.

It’s meant we were able to keep experimenting until we perfected our new chocolate beers to meet the high standards, we both hold ourselves to and have a bit of fun together along the way.”

The new chocolate beers are available from 9 November, in all New World supermarkets, selected Countdown stores and other retail outlets, all Garage Project venues and the Garage Project webstore.

Mr Ruffell concludes, “Chocolate beer lovers who are keen to try these new products should get in quick, as the first limited chocolate beer that we made together in 2018 sold out in record time.”