Beauty products have long been associated more with women, but new research from Nielsen shows men are increasingly wanting to look groomed and stylish.

Nielsen Homescan data records an increase of 15.7 per cent in online sales for male deodorants and grooming products in the year ending July 13, 2019.

And its latest Nielsen report reveals that from beard oil to facial cleansers, 69 per cent of Australian men use at least one grooming product.

Just under a quarter of all men at 23 per cent agree that they always try to look stylish while 37 per cent admit to taking care of their appearance at all times, says the report.

Over the past five years, there has been a 14 per cent increase in the number of men saying they keep up with the latest fashions.

“Surprisingly, this change in attitudes is being driven by men aged 40 to 55, where we see a 54 per cent increase in agreement with this attitude. So the desire to look and feel good is transcending across all ages,” states the report.

Australian men are also more willing to buy expensive brands, which will result in brands creating more luxury products for the market.

Use of hair care, deodorants and aftershave products – seen as more traditional – have declined.
Shampoo dropped four per cent among men aged 25 to 54 while deodorant and aftershave fell five and eight per cent, respectively.

Nielsen reveals that a direct-to-consumer (DTC) approach is available online as more international brands and Australian independent companies enter the market. A couple of niche grooming brands are now available for men in the market.

Previous Who takes top shelf for the best sliced bread?
Next Upcycling food for feed on trend 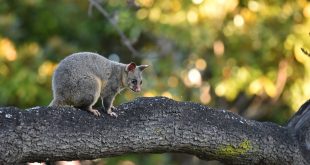