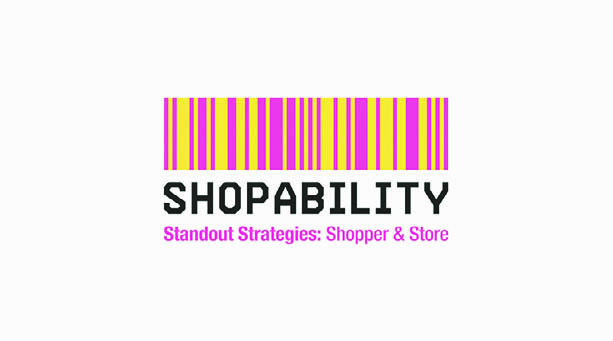 Coles emerges from hibernation, the dominant Woolworths machine gets the speed wobbles and IGA continues to have an identity crisis. The new kid on the block, ALDI, continues to leverage its extended honeymoon period as it prepares to open in SA and WA, and persistent rumours still do the rounds about another hard discounter, Lidl, opening an Australian office – now that will spice things up.

According to a recent article, the hard-discounter share in Australia will potentially be capped at around 20 per cent, which is the experience in the UK and Europe where both of these hard-discounter brands plus another, Netto, compete for that price-driven dollar. Coles seems to have adapted to life with ALDI, but Woolworths and IGA are struggling to discover and implement their own formula for success.

It’s an interesting conundrum to consider, as part of Woolworths’ strength is based on a network of high-turnover stores and one of IGA’s strengths is the high number of stores across its network. Both are under intense pressure as the basic strategic position of both is challenged by a narrow, aggressively priced and marketed, predominantly private label offer that, at this stage, is second to none.

The strong momentum of Coles and ALDI over both Woolworths and Metcash is demonstrated in the latest instalment of findings based on results from our survey of 1,400 Australian consumers.

Mr and Mrs Australia have again voted on their supermarkets, and what is clear is that Coles has accelerated the momentum evident from previous survey instalments.

Not only has it made some significant improvements in the way consumers perceive it, but the chain is also receiving a higher proportion of people’s supermarket spending. ALDI, too, received strong support, both in customer perceptions and expenditure.

The Metcash-supplied IGA banner has demonstrated some modest improvements in customer perceptions relative to 2013, but this is not translating into any improvement in spending.

In stark contrast to the success of Coles and ALDI, Woolworths has taken a dramatic turn for the worse. Not only has it lost ground on key measures of customer perceptions, but the fall from grace has been broad-based, with the votes for its range, loyalty and fresh food retreating significantly. Consumers are also allocating fewer supermarket dollars towards the chain.

We again asked Australians which supermarket chain they most associated with a list of eight key attributes. Each represented a positive factor and respondents could choose only one retailer for each characteristic. We designed this set of questions to identify perceptions towards each retailer.

Outcomes for IGA were a mixed bag, with gains on three attributes, losses on three and steady results on two.

ALDI performed strongly with gains on six attributes, and continues to win on best prices.

Compared with the results of the previous survey in 2013, the data on a national basis makes it clear that Coles is the big winner, increasing its average score by 2.3 percentage points to 38.1 per cent. ALDI and IGA/ Foodland also improved, by 1.1 and 0.4 points, respectively. At the other end of the spectrum, Woolworths is the clear loser, with its average score declining by 3.3 points.

Next we step through the changes from 2013 to 2015 in the level of association for each of the eight attributes. We believe this gives an excellent sense of momentum for each retailer across these key drivers of store choice and spending.

Following on from the annoying but very effective ‘Down, Down’ campaign, Coles has continued to improve price perceptions among consumers, moving to 30.6 per cent and surpassing Woolworths (27.5 per cent). Clearly Woolworths’ ‘Cheap, Cheap’ program has failed as a response.

ALDI has lifted its score slightly and remains the price leader, albeit with smaller lead than previous years. Coles’ narrowing gap with ALDI reflects its continued focus on communicating value to consumers, with the net effect weakening ALDI’s key point of difference. That said, in just the regions in which ALDI competes (NSW, ACT, Queensland and Victoria), the discounter still enjoys a significant gap over the other operators.

Best range to choose from: Woolworths clings to its lead

Best range remains a relative strength for Woolworths, but is clearly less so than demonstrated in the 2013 survey.

The five-percentage-point fall is a significant retracement in what had been a key point of difference for Woolworths, and the advantage to Coles is now just 0.9 points compared with a huge 10.9 points less than two years ago.

We previously cautioned investors on this exact issue, given Woolworths management’s indications that it would streamline its supermarket range as it attempted to double sales in private label.

Perhaps the real surprise is that Coles has gained significant ground on this attribute despite also reducing its overall SKU count.

Shoppers’ belief that the Coles range is relatively better, despite having fewer products to choose from, seems counterintuitive.

However, our shopper research experience suggests consumers can believe the range has expanded if they find it easier to find the products they want and/or ‘discover’ new products to choose from.

‘Quality fresh food’ also remains a relative strength for Woolworths, but all other players have materially narrowed the gap. This is significant for Coles, because we see fresh food as a critical driver of sales per square metre and margin expansion. Similarly, Metcash has detailed that stores with a fresh mix over 30 per cent of total sales have 35-40 per cent higher sales productivity across the entire store.

The decline in leadership on this attribute for Woolworths follows on from a drop in 2013.

This is something the self-proclaimed ‘fresh food people’ will need to watch very closely.

Being a ‘nice place to shop’ is another metric on which Woolworths is demonstrating deteriorating momentum relative to its competitors. We believe this reflects underinvestment in in-store staff by Woolworths management, leading to increased out-of-stocks and longer queuing times at the check-out.

While Coles improved slightly on this metric, interestingly it is ALDI that gained the most by rising three points. We believe this may stem from rising familiarity with the product range and store layout among shoppers.

The ongoing rollout of ALDI stores and the success of IGA’s ‘How the locals like it’ advertising campaign have been instrumental to both groups, improving their scores on best location. The 3.5-point increase to 17.9 per cent was the strongest attribute result for IGA. The ALDI and IGA gains have come mostly at  the expense of Woolworths. This is worrying and frustrating for Woolworths given its aggressive store-rollout program over recent years – in which it has added an impressive 82 supermarkets or 9.4 per cent on its FY12 base.

Perhaps this indicates overall frustration with the market leader. Coles posted a small decline (0.7 points) relative to 2013 and it’s worth noting that ‘most convenient location’ was the only attribute in which Coles went backwards in 2015.

The ‘best service’ attribute is another in which Woolworths went backwards and all other competitors gained. Similar to the ‘nice-placeto- shop’ outcome, we believe this reflects Woolworths’ underinvestment in in-store staff.

Coles was already leading on best service in 2013 and has extended its lead slightly, up 0.4 points to 38.6 per cent. ALDI’s improvement is further evidence of customers gaining comfort with the offer.

In a dramatic turnaround from the 2013 result, Woolworths has lost its lead in having the ‘best loyalty scheme’. Its decline of 4.9 points was more than offset by Coles’ gain of 5.6 points. This means Coles is now clearly leading on this attribute, with 45.6 per cent versus Woolworths’ 38.5 per cent.

‘Best loyalty scheme’ stands out as the attribute in which the majors have the clearest lead over both IGA and ALDI. For ALDI, this was expected, because it doesn’t operate a formal shopper loyalty scheme, which is unlikely to change given its business model. Metcash also does not offer a meaningful  loyalty-card scheme and we see this as a key weakness for the group. We acknowledge the existence of the IGA Community Chest card, that allows shoppers to nominate local charities to receive a portion of funds provided by each store, but this is not set up to deliver data-driven shopper insights. Loyalty cards have grown in importance, with Coles and Woolworths becoming increasingly sophisticated through the use of data and application of insights derived from information captured on their cards. This enables very targeted offers to be presented to consumers in order to change spending behaviour.

Similar to the change in perceptions towards ‘best prices’, Coles stands out as the winner on ‘best-value private label’, rising by 2.9 points to 36.8 per cent. Woolworths, in contrast, has gone backwards by almost one point to 35.6 per cent, implying Coles has taken the lead on this attribute for the first time.

The weaker result by IGA is disappointing for Metcash given the Price Match program being implemented, in which the retail prices for much of the private-label range have been significantly reduced to be on par with competitor products. That said, we believe Price Match has been only slowly adopted by retailers and the timing of the survey may have been too early to see the full benefit of the program.

So the tribe has spoken. It will be fascinating to watch how Woolworths and the Metcash-supplied IGA banner will respond.