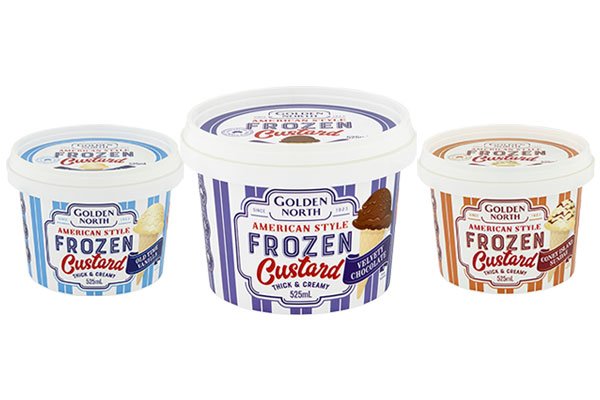 Frozen Custard is a cold dessert similar to ice-cream, but made with egg yolk that is said to give it its extra thick and creamy texture. It originated in Coney Island, New York, in 1919 as a traditional carnival treat. Traditionally available at frozen-custard shops, frozen custard has rapidly gained popularity in America because of the signature thickness and its ultra-creaminess.

Golden North is a premium ice-cream brand made in Laura, a rural town in the north of the Barossa region. Its products are 100 per cent palm-oil free, and made using only the freshest milk and cream sourced from local dairy farmers.

Media Release Delicious sweet and tangy Kanzi® apples will only be available in supermarkets and green grocers for another 4...
Read more
News

A new aromatic, red pear is on the block with growers across Australia beginning plantings of the first QTee...
Read more
Business Insights

Lorna Gloria - August 12, 2020 0
MEDIA RELEASE Anuga, the world’s "largest" trade fair for food and beverages, breaks new grounds for the developments of the entire industry. It is an important...

Foodbank takes the ‘surprise’ out of food donations