Good expo a natural for the diary 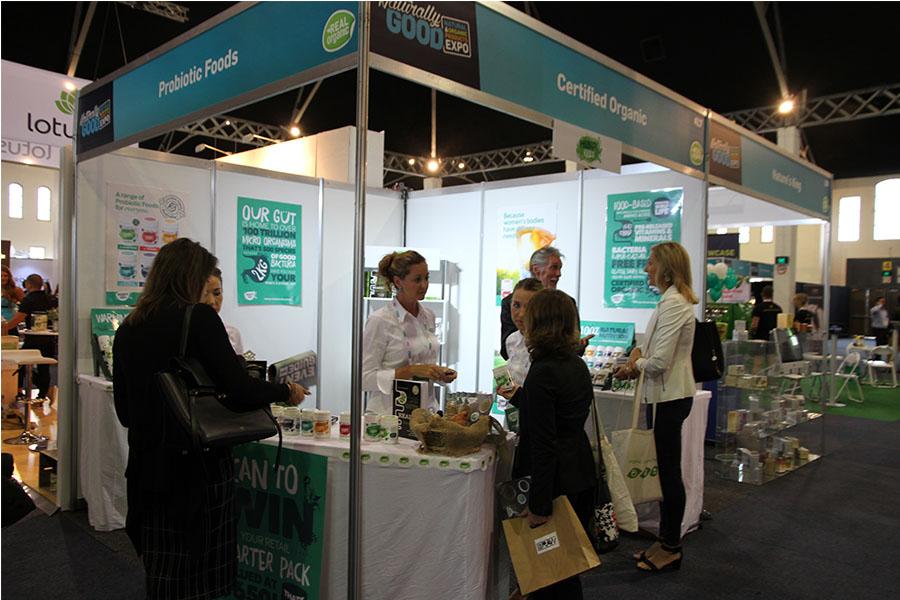 Trending products on show at the Naturally Good Expo.

The sold-out Naturally Good Expo revealed opportunities for retailers and distributors to find new products. The range on offer came from both recognised brand names and new entrants.

Australian Organic had a major presence with a large stand, as did Nature’s Own and the award-winning White Magic with its natural cleaning products. Goods on offer included coffee, tea, chocolates, health bars, nuts, grains and more, not to mention non-foodstuffs such as cleaners and nut butter mills.

Vince Russells nut butter mills were originally sold to specialist health food stores that then made their own fresh peanut butter to order. Now the latest equipment processes all types of nuts and can create nut mixes.

Speaking of peanut butter, the Flush Fitness stand had a range of powdered peanut butter under the PB2 brand. Made from roasted, ground peanuts, the result is 85 per cent less saturated fat and a slightly higher level of protein. This high protein powder can be added to shakes and smoothies, or even reconstituted into peanut butter. It has a more intense flavour that the regular brands in supermarkets and can be used in cooking and baking.

The Paleo Hero stand was exhibiting a range of paleo-suitable products. According to Samantha Hockley, everything in the Paleo Hero range is gluten, grain and dairy free.

Ms Hockley said that when the company launched three years ago, the paleo diet was mostly limited to fitness industry participants, but had now moved into the health segment and was becoming more mainstream.

Consumers with food intolerances are also interested in following a paleo regime and, with the entire Paleo Hero range being gluten free, it is suitable for those suffering from coeliac disease.

Ginger confectionery with a difference

The Ginger Party has a range of products using ginger that is farmed in any one of four countries, depending on the flavour profile required for the particular product. Its Gin-Gins bar is made with organic stone-ground sparrow ginger from Indonesia, coconut sugar and a small amount of pectin and organic tapioca starch.

Other ranges at the expo included healthy snacks, probiotics, mueslis and cereals, plus a range of health bars, including one made with cricket flour.

Other exhibitors included another natural foods processor, Brookfarm, which is found in health food stores and IGA supermarkets, and claims to tick all the boxes when it comes to products free from gluten, preservatives and additives. Its products are high in fibre for dietary health. The newest Brookfarm offering was on show, the Florentina Bar.

The Naturally Good Expo is ideal for retailers and buyers to add to the diary for its return next year, as the range of healthy options in-store are ramped up.