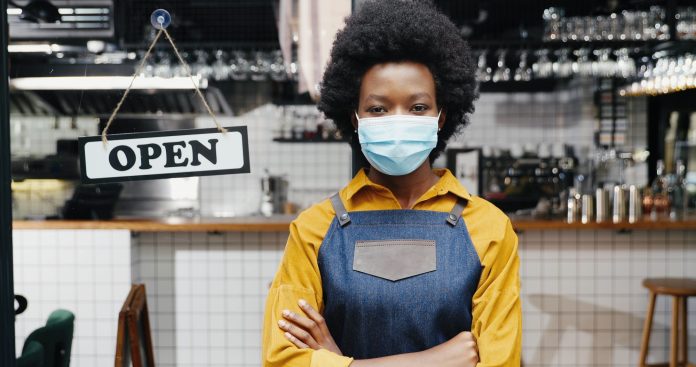 Industry groups the National Retail Association (NRA) and the Franchise Council of Australia (FCA) have welcomed the latest round of assistance measures for businesses in key parts of the country.

The assistance measures come immediately after the three associations announced a suite of proposals aimed at keeping lockdown affected businesses alive. Announcements by state and federal governments in the past 24 hours that the above industry groups have advocated for include:

NRA CEO Dominique Lamb said the assistance measures come at a make or break moment for many retailers in lockdown affected regions.

“The Greater Sydney and Melbourne regions are Australia’s two largest economic centres and both have spent a prolonged period in lockdown,” Ms Lamb said.

“Retail contains the second largest workforce in Australia and mass job losses in this sector would have a domino effect across the rest of the economy. More support was needed for businesses in Sydney and Melbourne, but there remains real concerns for the general ecosystem moving forward with lockdowns still not a thing of the past.

“Retailers welcome tenancy measures but we also recognise that while there has been some relief for landlords, the property industry remains one of the few to subsidise businesses without large-scale support.”

“FCA members are appreciative of measures such as cash payments and tenancy relief for eligible businesses. These initiatives will provide much needed financial and emotional help to those in the franchising sector,” Ms Aldred said.

“As businesses strive to rebuild in the wake of Covid treading restrictions, it will be a lot harder for the economy to bounce back if we’ve experience heavy job losses. We welcome the support measures but also ask governments at all levels to closely monitor the situation and consider further assistance where necessary.”

The union welcomes the increases which the union, its members and employers have been seeking for the past three weeks, according to SDA NSW Secretary Bernie Smith.

“This included approaches to the Commonwealth Treasurer over two weeks ago and this week writing with employers to the Prime Minister seeking the improvements announced [yesterday].

“We have come a long way, but too slowly, since the Morrison government initially resisted efforts to get the Prime Minister and his Treasurer to recognise the predicament confronting lower paid workers as a result of their recalcitrance,” Mr Smith said in a statement.

The SDA welcomes the new level of payments and the addition of workers who are receiving government benefits.

“Single mums and students doing the right thing by taxpayers holding down a part time job are finally going to get some much-needed support. The health of our community depends on people being able to afford to stay home.

“The supplementary payment of $200 per week to workers who have lost hours but could not get the Covid Disaster Payment is welcome, but the Morrison government should immediately increase JobSeeker to $600pw for these workers,” Mr Smith said.

“It would have been better if it had been a wage subsidy delivered through employers to their staff, ensuring they retained a link to their workers. That link was crucial in accelerating the economic recovery after last year’s Covid lockdowns and would encourage a speedier return to normal this time.

“Perhaps, the Morrison government is worried that too many companies did not do the right and proper thing under the initial JobKeeper program. That is not good enough,” he said.

“The government has had five months since the end of the initial program to make the necessary changes to ensure a rort-proof JobKeeper 2.0.

“More needs to be done to support workers and the businesses they work for not just until we are through these lockdowns but until we see a recovery in consumer confidence. This is needed to avoid job losses not just in lockdown areas but across the country,” Mr Smith concluded.