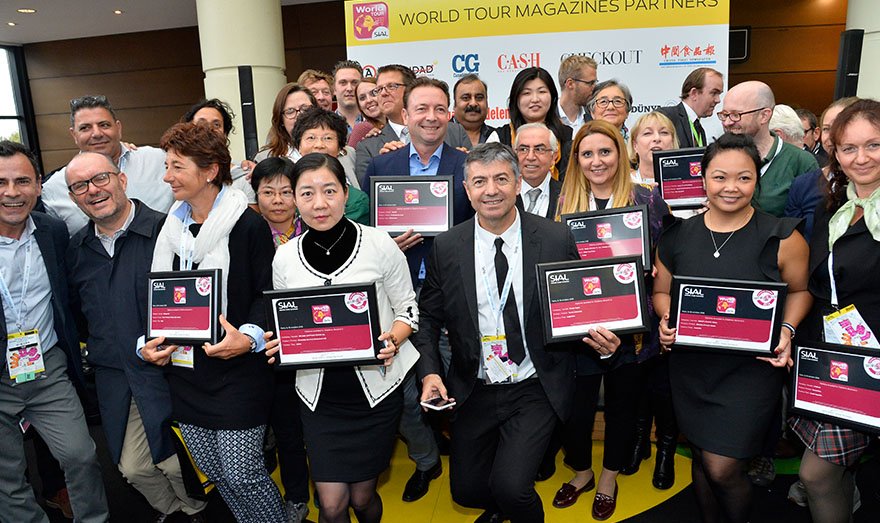 Around 155,000 buyers and players within the food sector had the opportunity to trade with 7,000 exhibitors and even more brands as the latest food trends and innovation from around the world were showcased last month.

Favourable international market conditions and demographics (more middle classes and increasing urban development) – factors that have helped revolutionise consumer expectations both in terms of quality and quantity – were behind the strong numbers at SIAL Paris this year.

With up to 10 billion mouths to feed tomorrow, growth is the biggest issue food and food-distribution sectors will be facing.

The Paris event covers 27 hectares (the equivalent of 100 supermarkets) and provides inspiration to all over five days dedicated to discovering products and trends and the facilitating of meetings between producers and buyers from around the world. The fair is also a platform for discussion and debate about industry challenges: sustainable food, zero waste, allergies, connected food.

There were 2,189 candidates for the SIAL Innovation Awards and 15 prize-winners.

Of significant note was the French brands’ commitment to grow internationally by proposing innovative, intelligent products for export.

“The profile of our national and international visitors is proof of the quality of our offer,” SIAL Network Director Nicolas Trentesaux said. “We are very proud to say that all of SIAL’s participants – both exhibitors and visitors – have once again helped us to turn this fair into the major international event for agribusiness, a highly strategic sector.”

To celebrate World Food Day, SIAL made Paris the food capital for innovation by organising a conference – ‘Sustainable food and innovation – the 21st century challenge’ – at the Quai d’Orsay (French Foreign Affairs Ministry). It allowed all the sectors concerned to share practical and inspiring initiatives to address the global food challenge.

It also made the event an invaluable tool for discerning sustainable consumption patterns. Under the guidance of its partners, Fancy Food Show, XTC world innovation, Kantar TNS and the 28 World Tour partners, SIAL Innovation has reinforced the legitimacy and expertise of SIAL in terms of perspective and foresight.

SIAL is an effective place to perform business: it acts as both a laboratory and an observatory for supply and demand, in all languages for food innovation, trends and business opportunities.

SIAL Paris has also played an important role in addressing major market challenges and enhancing the dynamism of the food industry on an international level by inviting numerous dignitaries, government members, ministers, politicians and scientists (on official visits) to consider the future of food – opening the debate around key themes such as the food sector’s prospects in France and in the world.

At the heart of the show, the SIAL TV studio welcomed the movers and shakers of the food world. Hundreds of delegates watched interviews, roundtables, debates and conferences each day during the five-day event.

In the halls, 250 events brought the fair to life, highlighting the challenges of the food industry. Led by the Michelin-starred chef Joël Robuchon (the event’s patron), La Cuisine celebrated the expertise of international chefs, who tantalised the taste buds of hundreds of guests. The new drinks hall, 5C, was inaugurated with a pyramid of champagne and cocktail competitions, while barbecues and cooking demonstrations paid tribute to the gastronomic specialities of Latin America in hall 8.

A product range to control glucose for diabetic patients. Ranging from bread to pasta, snacks, smoothies, chocolate bars, and dairy desserts, this collaboration between dairy food producer Calidad Pascual and Esteve pharmaceutical laboratories has developed a wide range of tasty products. The companies spotted a major health issue in Spain as diabetic consumers had to give up taste for health.

First there were ugly vegetables, now there are ugly cereals. The Les Gueule Cassées collective, which made its name with its campaign around non-graded fruits and vegetables selling for 30 per cent less in big-box stores, has extended its approach and has proposed, since March 2015, cereals with visual defects but of identical quality. In other words: ugly cereals that are just as good while being 30 per cent cheaper.

SIAL Innovation 2016: the podium at the heart of trends

Major award winners at the SIAL food exhibition in Paris were: