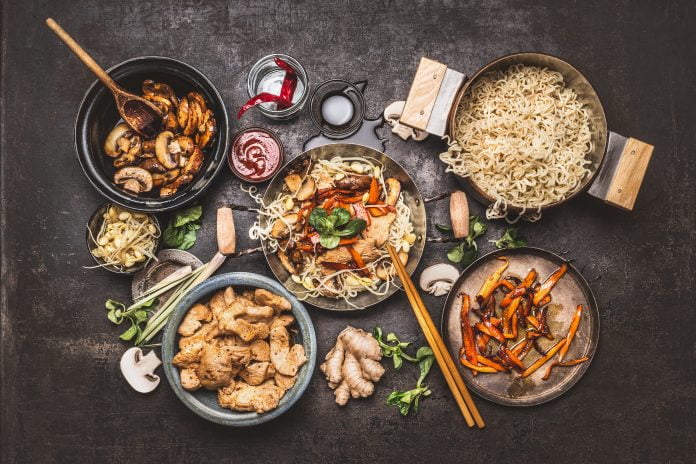 International food sales in Australian grocery increased by 17.9% in the 52 weeks to 18 April 2020 compared with four per cent in the previous 52 weeks, according to Nielsen Homescan.

In the Asian food subcategory, the total Australian grocery scan in mainstream supermarkets shows growth of around 15% (Nielsen Homescan, MAT to April 2020, supplied by Oriental Merchant).

What is behind this increased demand for Asian food?

According to Ettason Marketing Manager Kayvin Li, reasons include the continued growth of the Asian population in Australia and the link-up between supermarkets and Asian grocers, making it easier than ever for shoppers to find Asian products and ingredients.

“This relative ease of availability, which includes pre-prepared sauces and condiments for specific recipes, is allowing the locals [to be] more willing to be experimental in cooking Asian cuisines,” he says.

Mr Li adds that popular cooking shows on television such as MasterChef and My Kitchen Rules continue to attract huge viewer numbers, which plays a “significant” part in driving the public’s exposure to Asian cuisines and “demystifying” Asian cooking ingredients.

“Today,” says Mr Li, “many of these Asian products are now part and parcel of a standard Australian weekly shopping basket.”

The rising success of Asian food doesn’t come without its challenges, though.

“With differing regulatory and market requirements,” says Mr Li, “product labelling and packaging continue to be a challenging aspect.

“In most cases, these changes, [such as] Westernised labelling and GS1-compliant barcodes, are necessary to comply with the Australian standards, both at supply chain/store level and consumer level.”

Mr Li says that “more often than not” this involves a “significant” amount of time and resources.

“Continued education and information at supplier level of these requirements will assist in meeting and overcoming these challenges,” he says.

Read about the latest Asian food innovation in the August issue of Retail World.