Kellogg’s gets ce(real) with donations

Kellogg’s Australia and New Zealand announces its extended support for OzHarvest and Food Bank – committing to increase food donations by 1 tonne per month for the next 6 months, approximately 150,000 serves of cereal. 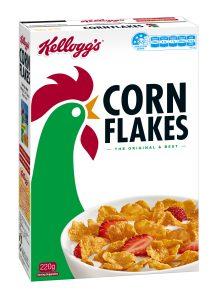 onally, Kellogg’s has made the immediate donation of 215,000 serves in cereal and snacks to Food Bank and Ozharvest in Australia and to the City Missions* in New Zealand.

This commitment is in addition to the company’s 3+ million serves of food it donates annually across multiple charities and breakfast giving programmes.

“It’s difficult to contemplate the extent of this health crisis and the heart-breaking impacts it’s having on people’s lives, particularly those in vulnerable communities,” says Managing Director at Kellogg’s Australia, Esme Borgelt.

“Food relief organisations such as Food Bank, OzHarvest and the City Missions in New Zealand are reporting huge rises in demand for food relief from families who are increasingly experiencing food insecurity.”

The impact of the COVID-19 pandemic will be long-lasting, so it’s imperative that companies look for creative ways to increase support.

It’s been reported that at least once a week, 1 in 3 Australians will go a whole day without eating, and a number of people who are seeking food relief from charities continues to rise*. In New Zealand, roughly half a million people are experiencing food insecurity – this is equivalent to 10% of the population**.

“As a food company, we have a critical role to play in helping combat food insecurity and feed those in need. Now more than ever, we’re doing whatever we can to make sure our food is continuing to reach vulnerable children and families,” explains Ms Borgelt.

SPAR Australia celebrated retail excellence through a virtual Awards night on Tuesday, 26 October. The opening of the virtual event saw $448,000 paid into the...

A ‘decadent and delicious treat’ from Whittaker’s

Whittaker’s has launched Whittaker’s Cocoa Pods, promoted as the “ultimate locally made premium treat or gift”. They are also a major innovation, says the...
591FansLike
857FollowersFollow
666FollowersFollow