Learnings from a cloth bum mum 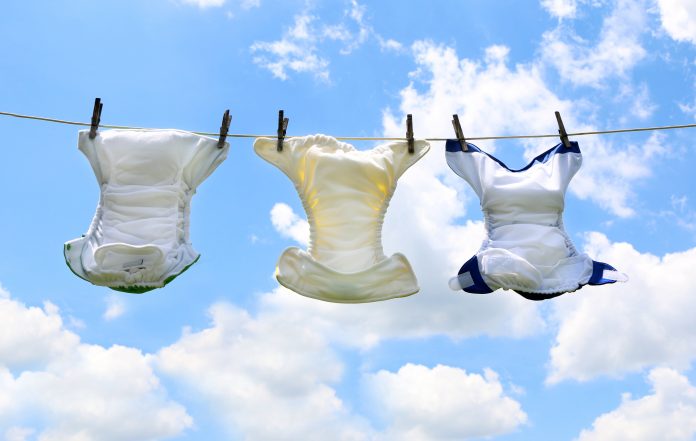 A question I’ve been asked many times over the past two years is ‘why?’ It’s usually followed by, ‘but how do you clean them – isn’t it gross?’ These questions arise when someone finds out that I opt for modern cloth nappies (MCNs) instead of disposables for my son.

MCNs are washable, reusable cloth nappies that have been sewn into a preformed nappy shape. Most feature snaps or hook-and-loop fasteners, meaning they can be easily put on (without the folding and pinning of traditional terry flats). Most also have adjustable ‘rise snaps’, meaning it’s possible for the same nappy to fit from birth to toilet training.

While MCNs have been around for many years, with most products bought online, they’re now more readily available thanks to ranging in some of Australia’s biggest retailers. ALDI was one of the first, partnering with Australian brand Bare and Boho to bring out a number of MCNs, reusable swim nappies and accessories as part of its special buys. Woolworths has since followed suit, ranging various reusable products from Bare and Boho, Designer Bums, Eco Naps and Pea Pods. Even Kimberly-Clark, manufacturer of popular disposable nappy brand Huggies, has identified the opportunities around reusable products and introduced Huggies Little Swimmers Reusable Swim Nappy.

In 2019, the Australian Nappy Association surveyed 2453 cloth nappy parents to find out how any why they opt for reusable nappies. The ‘Great Australian Cloth Nappy Survey’ found that 63.7 per cent of surveyed cloth nappy parents opted for reusables due to a desire to reduce their environmental impact. Saving money (21 per cent) and ‘better for baby’ (14.7 per cent) were other popular reasons given by those surveyed.

Another factor I’ve noted being discussed on several MCN online forums emerged in early 2020. Pandemic panic buying left many parents uncertain whether they’d be able to buy disposables when they needed them. For those using cloth, even part-time, this was one less thing to stress about.

MCN adoption, while growing, remains a drop in the ocean compared with disposable nappy sales. (Infant nappy sales in Australian grocery reached $616.7 million in 2021 [IRI Shopper Panel data, Retail World Annual Report 2021]). However, with every reusable nappy capable of replacing hundreds of disposable products, it’s certainly a trend worth monitoring. By understanding the needs and habits of MCN families, retailers may find new opportunities to support their customers.

Read more about the growing cloth nappy movement and how to support “cloth bum” parents in the latest issue of Retail World.