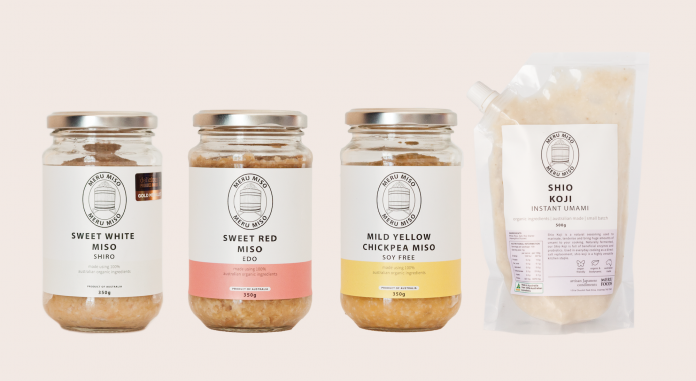 Meru Miso is a producer of authentic, naturally fermented and certified organic miso and koji.

The company is a proud recipient of a multitude of awards, including the delicious Produce Awards and Telstra Business Awards, but this local, Tasmanian recognition is special for co-founder and Managing Director Chris de Bono.

“We relocated to Tasmania in 2016 because we realised that Tasmania is where some of the best food and beverage producers in the country are located,” he says.

“These awards have given us confidence to take the next step in the development of some new complex and unique Asian ferments that will introduce unique flavours and allow for intriguing collaborations with other world class Tasmanian producers,” Mr de Bono says.

“These awards affirm that we are on track to fulfil our vision: to be Australia’s premier producer of organic and unpasteurised miso, and other Japanese/Asian condiments, that are sought after around the world.”

Meru Miso is has plans to launch an aged Doubanjiang (Chinese spicy broad bean paste) and a range of Tamari (Gluten Free Soy Sauce) over the coming months and years. It is also about to embark on a specialty fermentation project, which will see traditional Asian ferments married with local flavours, such as a miso aged in a whisky barrel.