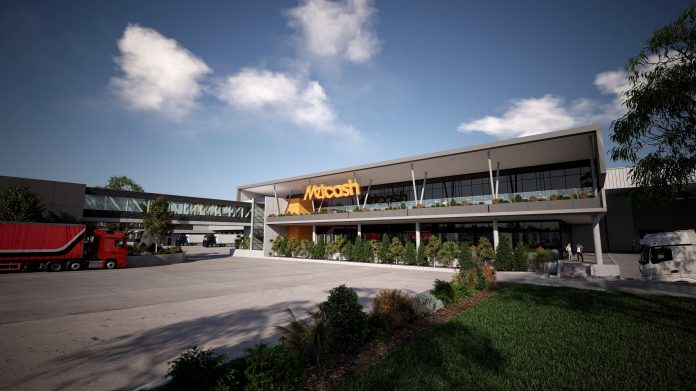 Metcash Limited has announced that it has signed a long-term lease agreement with the Goodman Group for the construction and leasing of a new ‘best in class’ wholesale Distribution Centre (DC) at Truganina, Victoria.

The new ~115,000sqm DC, which will replace Metcash’s existing ~90,000sqm DC at Laverton, is expected to help further improve the competitiveness of Metcash’s independent retailers in Victoria through delivery of greater efficiencies and by providing access to a wider range of products. It is also expected to benefit local suppliers by providing an efficient route to market through access to Metcash’s extensive distribution network.

The new Truganina DC will house products for both Metcash’s Food and Liquor pillars, and be equipped with automation to suit its retail networks (semi-automated ‘Goods to Person’ and ‘Layer Picking’).

Metcash Group CEO Doug Jones says: “We are delighted to be able to announce this significant long term investment for our independent retailers in Victoria, which is a reflection of our continued focus on championing their success.

“Supporting our decision to proceed was the success of our new DC at Gepps Cross in South Australia, which has been operational since December 2020, as well as strong growth in both our Food and Liquor pillars in Victoria and the recent renewal of a long term agreement to supply Foodworks stores”, Mr Jones said.

The DC will be built to align with the new 5-Star Green Star sustainability rating which reflects Australian Excellence in sustainable building design.

Construction of the DC is scheduled to commence in the first half of FY23, with completion expected mid-2024. The capital cost to Metcash for racking and other fitout of the DC is expected to be ~$70m, with ~$20m scheduled to be incurred in FY23.