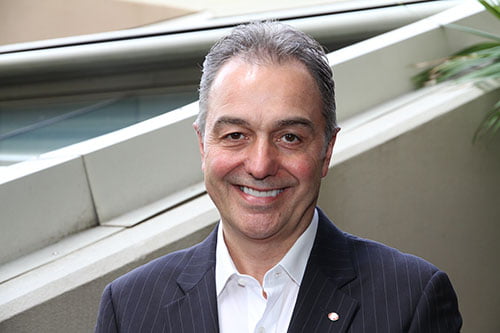 Metcash’s FY2017 results were overshadowed this week by the announcement that CEO Ian Morrice will retire in 2018 after five years in the role.

“It’s a privilege to lead the Metcash business and work with such a passionate team of people who fight for the success of independent family business every day,” Mr Morrice said. “Therefore, my decision to retire has not been an easy one.”

He initially joined the Metcash board as a non-executive director in June 2012 and was appointed group CEO 12 months later.

Metcash Chair Rob Murray says Mr Morrice has made a significant contribution to the transformation and growth of Metcash.

“He successfully led a number of key strategic initiatives, including the ongoing transformation program, divestment of our automotive business and the acquisition of Home Timber & Hardware,” Mr Murray said. “We now also have a very capable management team in place to take the business forward.

“Under Ian’s leadership, we’ve seen many of our independent retail customers improve their competitive position through implementing our transformation initiatives to deliver the ‘Best store in town’.

“Ian has also overseen the successful repositioning of the company with the delivery of a strong balance sheet and a lower cost base.”

Mr Murray says the board has been undertaking a comprehensive process of succession planning following earlier advice from Mr Morrice that he was considering retiring at the end of five years as CEO. The board says it expects to be able to make an announcement on a successor soon.

“Our initiatives, focused on supporting independent retailers to be the ‘Best store in town’, together with our Working Smarter program aimed at simplifying the way we operate and reducing costs, have helped mitigate the impact of difficult trading conditions,” he said.

Metcash says sales growth from strategic initiatives and new store openings were more than offset by the impact of store sales and closures, deflation, difficult economic conditions in Western Australia and increased competition, including the expansion of competitor footprint in South Australia and WA.

Like-for-like retail sales across the IGA network increased 0.1 per cent, resulting in continuous sales growth over the past three financial years despite significant external challenges.

Convenience sales declined 2.7 per cent to $1.53 billion and were 4.5 per cent lower excluding the 53rd trading week. Revision of a key contract during the year led to lower volumes in C-Store Distribution, while at Campbells Wholesale, a continuation of the decline in reseller volumes adversely impacted sales.