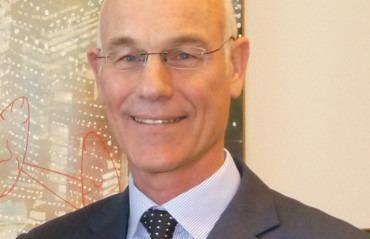 MGA’s board is made up of key independent retailers from around Australia who are united on one common objective, ensuring the survival and prosperity of independents as a viable alternative to the chains.

“I think our biggest success as an industry sector, leaving 2013, was the capping of petrol shopper dockets,” Mr de Bruin told Retail World. “We felt that that Woolworths and Coles misused their market power to cross-subsidise fuel discounts to attract consumers away from their competitors.

“This completely stifled real competition, and the fact that the Minister for Small Business, Bruce Billson, along with the ACCC chairman Rod Sims, were able to facilitate an enforceable undertaking between Coles and Woolworths to cap fuel shopper dockets. I felt that that was probably an absolute milestone to foster robust competition once again.”

As for 2014, he said there were a number of issues that MGA/LRA faced, but the repeal of the carbon tax was a huge win for MGA/LRA members because that saved the industry over $70 million a year.

According to Mr de Bruin, the subject of competition policy reform is very much at the forefront of MGA/LRA priorities from a competition law perspective.

“We are addressing [as part of the four-year review of the GRIA (General Retail Industry Award)], another very serious cost issue, and that is penalty rates on Sundays,” he said. “Currently the penalty rate is double time, and that has become unsustainable, especially for small to medium-sized supermarkets.”

“What consumers tell us is that they are very concerned about the market dominance of Coles and Woolworths,” he said.

“They do care about their local shops, supermarkets, bread shops, butchers, fruit and veg, the newspaper suppliers, and they do not want to lose them. They want choice, diversity, and they want competition to thrive.”

Mr de Bruin said that customers recognise this in our sector, just as with any other small-business sector.

“Our members employ over 115,000 people and turn over about $14 billion in sales a year, so we are not an insignificant sector,” he said. “However, while our industry sector can and will compete with the limited resources available, we are a sector that is under siege from the market power of Coles and Woolworths.

“What we’ve also done is we’ve gauged consumers’ appetites, not on how they feel necessarily about the dominance of Coles and Woolworths, but we’ve also gauged their appetites in regard to competition law, the ACCC and their role, even talking about the effects test, putting it into layman’s terms and getting their view on whether that should be introduced into competition law or not.

“We’ve gauged their opinion on whether they would vote for a government that would actually look to amend competition law.”

The Harper Competition Policy Review panel released its final report at the end of March and Mr de Bruin believes that it is game on.

“What we believe is that, already, the likes of Coles and Woolworths have been in the media, in the press, dismissing the introduction of an effects test and that’s clearly a sign to me that they believe their market dominance is being threatened,” he said.

“Our belief is that the introduction of the effects test into section 46 of the Competition and Consumer Act [misuse of market power] helps make Australia a stronger, more competitive business environment that drives innovation, growth and productivity.

“I see our biggest challenge for next year is to be able to bring politicians on board to not just persuade them, but to get them to open their eyes for the need of an effects test. It’s absolutely essential to generate robust competition.

“Consumers do not want to be dominated by two big guys. They want low prices, but what they realise, too, is that competition generates lower prices. However, when there’s a duopoly, there is absolutely no trust at all from consumers that there’s going to be robust competition.”

Another significant concern is ranging – consumers getting the product that they want – and the presence of house brands.