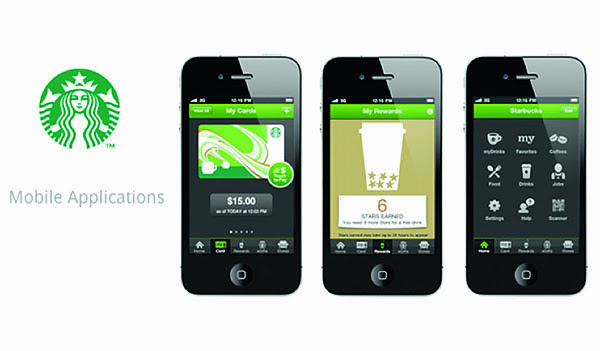 Kelly Slessor, one of Australia’s foremost proponents of mobile marketing, discusses what the future may look like when we all really start to shop out of our pockets using our mobiles.

For those of us who play in retail land, we hear a lot about the impact that social and digital media are having on our bricks-andmortar

An accepted fact is that the use of mobile technologies has now surpassed that of tablets in creating shopper engagement and, with the advent of more and more user-friendly apps, it looks like our ‘best friend’ – our mobile phone – will only get more invasive in our everyday lives.

According to Roy Morgan Research, 47 per cent of eBay’s traffic in Australia now comes from a mobile device. In general across retail, mobile traffic is overtaking desktop traffic.

When it comes to searching for products on mobile, consumers in Australia are browsing more than ever, but the follow-through to purchasing is still not happening.

This is highlighted in current conversion rates on mobile, which are still extremely low in comparison with Europe, the US and Japan.

In Australia, the average conversion rate on mobile is around 0.6 per cent, compared with one to two per cent in the US and Europe and around nine per cent in Japan.

According to US-based internet analytics company comScore, 80 per cent of Australians’ time on mobile in retail occurs within apps, compared with 20 per cent on a mobile site. Although this is largely due to the big players such as eBay, there is definite growth happening across all retail apps. Mobile commerce is growing so quickly that some believe it will account for half of all e-commerce by 2018.

On analysing more than 2,000 customer reviews within the iOS app store for Australian shopping apps, BanterMob found the average score given by a consumer for some of the biggest retailers in Australia was a two-star rating. This indicates a high level of dissatisfaction with the mobile shopping experience and that there is still a vast amount of work to be done to improve it.

This gap between what consumers want from a mobile shopping app and the retailer’s ability to fulfil their needs is still wide. With mobile traffic overtaking desktop traffic, there is an absolute urgency to be mobile first and to ensure that the mobile device, as the main platform used in the shopping process, is less of a function and more of an experience.

In terms of consumer requirements and the key elements that are driving conversion rates in Australia, the following are key recurring themes in consumer reviews within the app store:

The number one requirement for consumers in the mobile retail shopping experience is ‘ease of use’. The ability to pick an item, place it in a cart, pay and check-out without friction are the key areas that consumers associate with an app that is easy to use. Integrating seamless payment solutions and incorporating guest check-out are both factors that significantly impact the conversion rate and, most importantly, the consumer’s ability to shop.

The importance of design cannot be underestimated in a retail application. It is no longer acceptable to use the same layout, functions and flow as a retailer’s desktop site.

Consumers expect a design that is specifically made for mobile. An app needs to be a destination and an experience in order to gain cutthrough with the 30,000-plus apps that fall into the ‘shop’ category in the Australian app store.

Optimising an app for speed has attracted extreme positive sentiment. Speed is even more important in apps than in websites, as users expect a higher level of experience. Users will not tolerate apps that are slow to load. Mobile is all about speed, and one of the main recurring statements we see in consumer reviews associated with best practice is “it saved me time”.

Consumers want an integrated loyalty system. Starbucks in the US, which scores a five-star app rating in the iOS store (as voted by 89,733 consumers), has seamlessly integrated its loyalty program into its app. Consumers are automatically rewarded with points on purchase, which are visually displayed within the app. This is being rewarded by high positive consumer sentiment and even higher sales.

Mobile gives us the ability to get exactly what we want, when we want it. Apps that provide on-demand services have grown exponentially over the past couple of years. Such apps as Uber and emerging models such as Curbside (as in ‘kerbside’) in the US have increased our level of expectation. Curbside allows you to shop, within its app, from its retail partners, which include Target, for example.

The investment in logistics by companies such as Amazon shows that delivery is becoming intrinsically linked to the shopping experience. The positive consumer sentiment in response to those apps that fulfil the delivery component shows that consumers expect it as part of the mobile experience.

Building a mobile app for retail should be considered akin to building a physical store in the middle of nowhere, and expecting consumers to drive to and then purchase from it.

Consumers will do so more and more if it’s a destination store that provides a positive experience for them.

A pioneer in shopper marketing and a passionate retail practitioner, speaker and trainer, Peter is the founder and co-director of Shopability, providing shopper and consumer research and insights, channel/category and business strategy development as well as capability and skills training to both retailers and suppliers in the FMCG industry. Peter is widely known and respected in the Australian FMCG industry and, along with his Melbournebased business partner John Day, has worked with many blue chip companies, helping to grow their businesses in Australia and internationally.

With more than 15 years’ experience, Kelly began her career with British Telecom and has worked across agency and clients to deliver mobile experiences.

Kelly has developed some of the most successful mobile websites, apps and campaigns, working with clients including Glue Store, Woolworths, BIG W, Westfield and Suncorp. BanterMob provide mobile marketing strategy and implementation services specialising in retail and finance.

Retailers urged not to fall behind on tax repayments