Negotiation in the digital age: getting the (virtual) upper hand 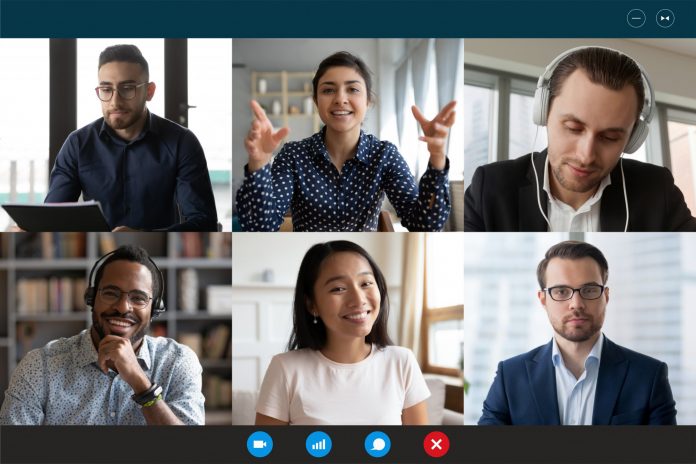 Mastering the art of negotiation is a daunting prospect, even at the best of times.

The Covid-19 pandemic and the need for social distancing have added an extra layer of complexity to an already tricky process, as more people are having to confront the realities of negotiating entirely digitally.

The limitations of virtual negotiation are primarily linked to the challenges associated with being unable to read all the non-verbal cues that have traditionally given skilled negotiators the upper hand.

Even if the negotiations are taking place over video chatting platforms such as Zoom or Skype, some non-verbal cues could be missed as a result of only certain parts of the body being included in the camera frame, or poor video quality.

However, it’s still very possible to master the art of virtual negotiation and even use this new set of circumstances to your advantage.

Research from Harvard Law School’s Program on Negotiation (PON) shows first-time digital negotiators should begin to refine their strategy by identifying the challenges of negotiating without face-to-face contact, before discovering the most effective ways to work around these challenges.

Once you’ve settled on the actions you’ll take to compensate for the limitations of virtual negotiations, you can discover the hidden benefits of this style of negotiation and begin to use them to your advantage.

Reading between the virtual lines

While technological advancements have enabled video conferencing to replicate some of the hallmarks of in-person communication, it still leaves much to be desired.

Challenges associated with negotiation via video conferencing can include camera angles that obscure a person’s features, grainy images, a delay in talking and responding, an echo on the line, participants being distracted by what’s happening off-camera, and crucially, difficulty making eye contact.

According to the Harvard PON, this last challenge stems from the placement of computer cameras. As they tend to be positioned at the top of the screen, and most people look straight ahead when video conferencing, it can appear that one is looking downward rather than into the other parties’ eyes.

This is significant because a lack of eye contact might impair virtual negotiators from building trust and rapport.

Another barrier to building trust among participants is the difficulty of correctly interpreting tone via virtual negotiations, because of audio disruptions such as microphones fading in and out, too-soft volume, or an echo on the line. The issues are only amplified if the virtual negotiations are written rather than verbal.

Unfortunately, in cases where the negotiators repeatedly misinterpret the other person’s tone, the process can turn combative.

Not being able to accurately convey your tone of voice could lead to your message coming across more aggressively than you intended, which could result in misplaced hostility from the other party.

Ms Stewart believes that the simplest route to a successful outcome is to prioritise the human element in virtual interactions and focus on building trust.

This is necessary to recapture the intimate, human nature of face-to-face communications that are absent in virtual negotiations. If the human element isn’t prioritised at the beginning of the negotiation process, the negotiators can feel very detached from one another.

Detachment can result in mistrust – the biggest threat to successful negotiations.

The following tactics can be used to build trust among virtual negotiating parties:

Using virtual negotiation to your advantage

As surprising as it sounds, some individuals prefer to negotiate virtually.

For people who get anxious when they’re required to enter into negotiations that may become contentious, and whose ‘flight’ instincts are triggered, virtual negotiations are a dream come true.

For the first time, they’re able to have complete control over the environment in which they’re negotiating, giving them a sense of security that they can use to their advantage.

Other unexpected benefits of negotiating virtually include:

Even the quality of detachment, which most professional communicators would advise that negotiators avoid at all costs, can have unexpectant benefits.

Detachment can help negotiating parties to focus on the ‘bigger-picture’ purpose of the negotiations and prioritise a win-win outcome for both parties rather than getting stuck on short-term wins.

Innovate Learn is an Australian company based in Melbourne, offering a unique combination of local expertise and research-based best practice solutions from Wilson Learning Worldwide. Innovate Learn brings 20-plus years of business experience across a wide range of industries. The company provides targeted solutions that support strategic initiatives, create a productive and engaging work culture, and drive business outcomes. Programs are supported by best practice facilitation and coaching services.