Nightmare before Christmas is hallowed treat 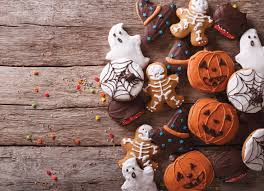 Australians will spend an estimated $159 million today on chocolate and other confectionery products as Halloween grows in popularity down under, according to research released by Mars Wrigley Australia.

To keep abreast of demand, Mars Wrigley distributed over six million party share packs to stores before doomsday. In fact, the confectionery company sells the most share packs for the year in the four weeks leading up to this trick-and-treat fest.

And its top selling confectionery was established favourites Milky Way and Skittles.

The research shows chocolate is by far the preferred treat to receive, with 56 per cent of respondents choosing it over lollies (22 per cent) and other treats such as muesli bars (22 per cent).

It seems Halloween still divides the nation, with 43 per cent of the population celebrating it and three quarters saying more people should join in to build community.

It’s a growing trend though with nearly 60 percent claiming Halloween is growing as a celebration.

For those who don’t celebrate Halloween, 71 per cent say it is because the holiday is ‘too American’. Many however put forth that Australians can celebrate it in their own way, including introducing a ‘zombie kangaroo’.