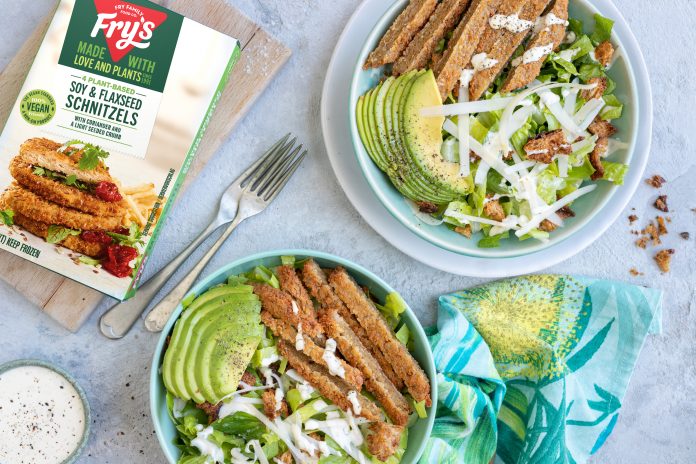 The world’s population is expected to hit 10 billion people by 2050, with demand for meat to rise by 74%, according to a report from Food Frontier, promoted as “the independent think tank on alternative proteins in Australia and New Zealand”.

“With current systems of industrial protein production already contributing to some of the greatest health, resource inefficiency and sustainability challenges facing our world, there are clear and growing calls to diversify protein supply with safer and more sustainable options,” says Food Frontier in its ‘State of the Industry: Australia’s Plant-based Meat Sector’ report from March 2021.

“The findings recommend a 50% global reduction in meat by 2050 and more than a doubling of protein consumption from pulses and grains,” says Food Frontier.

“The report underscored that Western countries such as Australia, where people eat nearly three times the global average of meat, hold the greatest responsibility for reducing meat consumption to protect personal and planetary health.”

“It also avoids the problem of water pollution caused by untreated manure and excess fertiliser common in animal agriculture,” she says.

“This means consumers can lower their carbon footprint by buying from a local producer,” she says.

“Fenn Foods, maker of VEEF, created the world’s first carbon-neutral, plant-based mince, and v2food, which bought a manufacturing facility in Victoria, is aiming to be a carbon-negative company.”

v2food, says General Manager Rory Gilbert, is creating version 2.0 of the food system, allowing for sustainable production and consumption of “nutritious, great-tasting”, soy-based protein sources with its range of v2mince, v2burgers and v2sausage.

“After conducting a ‘lifecycle analysis’, we found that v2 products use 99 per cent less land and emit 98% less carbon than traditional meat,” he says.

“But while we’re environmentally sustainable, social sustainability plays a part in our story, too. v2 creates nutrient rich protein sources that not only match, but surpass, the nutritional value of traditional meat, while maintaining a consistent retail price.

“Our aim is to ensure v2 products are accessible, tasty and convenient, making the switch to plant-based protein into just one simple change for consumers.”

Eyes on the Fry’s impact

Fry’s has been offering “high-quality” plant-based meat alternatives since 1991, and according to Fry Family Food Co co-founder and Global Brand Lead Tammy Fry, the company’s products give consumers the option of choosing meat-free without feeling deprived.

“This was something my father identified three decades ago when he started Fry’s – because he was on the exact same journey,” she says. “As an avid meat eater trying to transition, he really missed having meat on his plate, and the experiments in our home kitchen led to Fry’s first sausages and burgers.”

Addressing sustainability, Ms Fry says: “I believe that 30 years of offering alternatives has translated into a sizeable positive impact for the environment. And now that we’re part of [plant-based food brand] LiveKindly Collective, we’re going to see that impact grow substantially – globally.”

Ms Fox suggests that retailers would do well to partner with plant-based meat brands to create and implement a joint strategy to promote a sustainability message.

“Trialling signage on shelves – as well as in catalogues – that emphasises the environmental benefits of products, combined with vibrant brand packaging is one tactic,” she says.

“Leveraging special days or months, such as Earth Day or No Meat May, or partnering with sustainability initiatives is [also] a smart way to [promote the message].”

From a supplier perspective, Mr Gilbert advises retailers to provide plant-based alternatives within the meat case.

“This way shoppers don’t need to develop a new meal repertoire,” he says. “They can eat familiar meals which are better for them and the planet.”

This article is published in the March issue of Retail World.