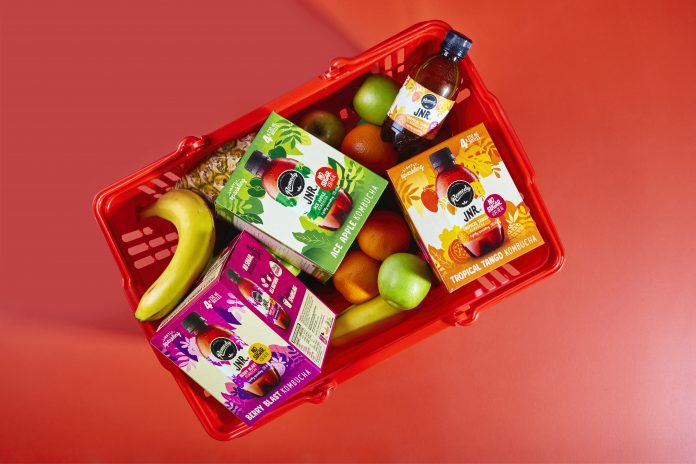 Remedy is taking on the kids’ drinks section of the supermarket with the launch of Remedy JNR, a drink for kids that parents can feel good about saying “yes” to.

According to a survey of 1500 Australians commissioned by Remedy in October 2021, limiting sugar intake is the number one health concern related to what they eat and drink, with 80% of adults surveyed indicating they are “quite” or “very” interested in limiting sugar intake (Remedy Drinks Beverage Usage and Attitudes Survey, conducted by Click Research, October 2021).

Remedy Marketing Manager Amie Spengler says Remedy JNR. addresses the significant disconnect between what kids want to drink and what parents want to give them.

“When we spoke to kids and parents as we explored the idea of Remedy JNR., we asked kids what they wanted to drink and parents what they preferred to give their kids,” she says.

“Overwhelmingly, kids placed soft drinks at the top of their wish list and water at the bottom. When speaking to parents, unsurprisingly the findings were the exact opposite, with water their number one choice for their kids and soft drinks ranking last.”

“Whether getting good stuff in (like vitamins or live cultures) or bad stuff out (like sugar and/or artificial ingredients), parents just want to feel good about giving their kids a drink that they enjoy.

“Up until now there haven’t really been any options for flavourful drinks made for kids that do both. There was always a compromise, but we know that it doesn’t have to be that way.

“So we’ve taken our much-loved and trusted Remedy Kombucha brew and made some tweaks to make it perfect for a younger palette, using high quality ingredients to craft a range with a fruitier flavour profile and lighter fizz.”

Like all Remedy drinks, the Remedy JNR. range is made in Melbourne following a traditional small-batch long-aged fermentation process that brews out all of the sugar and produces a drink rich in live-cultures, healthy organic acids and antioxidants, using high quality, all-natural ingredients, according to the company.

The Remedy JNR. range is aimed at 5-10-year-old children and is available in 4-packs of 250ml bottles, making it an easy option for snack time at home, school lunchboxes or an on-the-go refreshment, drawing on the best elements of juice boxes and soft drinks, minus the sugar crash.

“It’s the drink that parents can give to their kids every day, not just on special occasions and we really believe JNR. will shake up kids’ lunches, parties and snacks for good!” says Ms Spengler.

Remedy JNR. 4 packs is available in the kids’ juice aisle at Coles Supermarkets and independent grocers, or through Remedy’s online store remedydrinks.com.