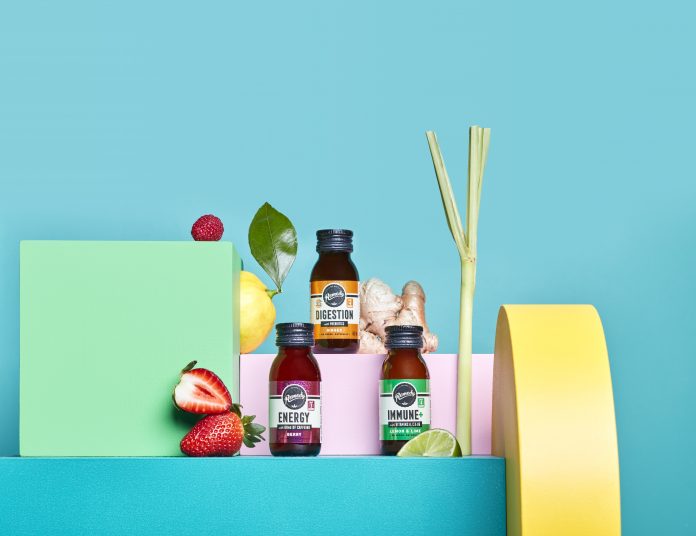 Australian kombucha maker Remedy has launched a range of no-sugar wellness shots that combines “proven” functional ingredients in a hit of tasty goodness.

According to IRI Australia, nationally the shots segment has delivered 359% growth vs last year and is worth $6.67 million (MAT to 26.12.2021). Remedy’s offering is also proving to be highly incremental, not only to their own range but also the broader category, the company said.

Remedy’s wellness shots are claimed to be “the first offering in the growing Australian Shots segment to contain no sugar.”

Remedy Marketing Manager Rachel Lees says Remedy was focused on ensuring the Remedy Shots offering would appeal to drinkers for both function and taste.

“We’ve already proven with Remedy Kombucha that healthier can be tastier and so we set out to create a range of shots that could not only deliver on function but also taste great, with no compromises,” she says.

Ms Lees says the added benefit of Remedy Shots containing no sugar is that even though they are live and raw, having no sugar means they can be stored in or out of the fridge, giving retailers a lot of flexibility for how they merchandise and sell the product to get in front of as many consumers as possible.

Remedy Immune+ Shots are crafted with an extra long-aged kombucha brew, offering all the live cultured goodness of Remedy Kombucha, boosted with an all-natural high quality multivitamin blend that includes vitamins A, C, and B6, giving a tasty lemon and lime citrus burst.

Remedy Digestion Shots are made with high-quality organic apple cider vinegar, well known for its gut health credentials, with added digestive boosts via real ginger and an oligosaccharides prebiotic.

Remedy Shots are available at major and independent supermarkets, 7-Eleven and a growing range of independent retailers nationally.