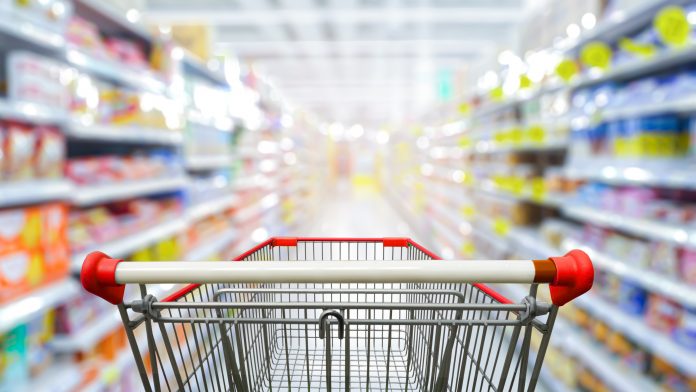 Australian retail turnover fell 4.4% in December 2021, seasonally adjusted, according to the Retail Trade figures released by the Australian Bureau of Statistics (ABS).

“Despite this month’s fall, retail turnover remains strong, up 4.8% on December 2020, with strong consumer spending continuing post the Delta Outbreak,” says Mr James. “Victoria recorded the largest fall of any state or territory, down 8.4%, however this only partly unwinds the state’s strong rise in November when it rose to a record level. Victorian turnover is now at the third highest level ever, 6.5% above December 2020.”

Sales across all other states and territories fell this month except for the NT, which grew 3.6% as lockdown restrictions eased and the introduction of lockouts allowed more favourable trading conditions for businesses. NSW had the second largest decline this month, down 4.2%, followed by WA (-3.5%), SA (-4.1%), and Queensland (-0.7%).

Five of six retail industries declined in December, led by household goods retailing (-9.2%), clothing, footwear and personal accessory retailing (-17.3%), department stores (-21.3%), other retailing (-4.0%), and cafes, restaurants, and takeaway food services (-0.7%). The falls in each of these industries follows rises in both October and November.

Food retailing, including supermarkets, liquor etc, was the only industry to grow this month, up 2.2%.

Despite falls for most retail industries this month, spending on retail goods remains elevated compared to December 2020 for all retail industries except for department stores, down nine per cent. Softer trading conditions emerged late in the month with consumers becoming more cautious, holding back spending as Omicron cases rapidly rose around the country.

The National Retail Association (NRA) has declared the nosedive in December sales as further need for more government support for small businesses.

NRA CEO Dominique Lamb says the results confirmed that it has been a challenging summer for many retailers.

“December is traditionally the busiest month of the year due to Christmas shopping. The drop in retail sales revealed today by the ABS confirms that the sector is facing a very challenging period,” she says.

“More Christmas shopping is taking place in November these days with events such as Black Friday, but the nosedive in monthly retail sales for December is the worst since April 2020.

“The Omicron surge has certainly cautioned people from heading out to the shops and many CBD workers continue to work from home. Lockdown restrictions may have been lifted in many parts of the country, but consumer confidence is very weak.”

“Internal NRA data indicates that 95 % of small businesses surveyed had been negatively impacted by Omicron. While a majority have had to decrease casual staff levels, implement alternative rosters, and reduce trading hours,” she says.

“Small businesses are the ones directly in the firing line at present and they are in urgent need of stimulus measures to stay afloat.

“The NRA is calling on state and federal governments to work together to provide support to smaller retailers who have suffered steep revenue drops during what is typically the busiest time of year.

“Australia had to gradually open up again, but we don’t want to come out of a health emergency only to be plunged in an economic crisis.”

Robust December retail sales but signs of an Omicron slowdown

Australian Retailers Association (ARA) CEO Paul Zahra says whilst the December results provide a welcome boost after a difficult 2021, year on year growth has slowed and the numbers reveal the beginnings of a slow-down as the Omicron wave began to impact on businesses.

Mr Zahra says the robust Christmas results provide a lifeline for struggling retailers, but all signs point to a dismal January as Omicron challenges continue to create a shadow lockdown.

“Christmas sales are when most discretionary retailers make up to two thirds of their annual profits. This solid December performance, following a strong November, will help replenish cash reserves for retailers affected by a year of restrictions and lockdowns.

“It’s pleasing to see categories such as clothing, footwear and personal accessories and hospitality surge at Christmas after a horror year. We can also see signs of a longer-term trend of the Black Friday weekend event and consumers shopping earlier for Christmas becoming cemented into the consumer mindset. Unfortunately, Department Stores continue to be affected by pandemic hesitancy and this ongoing challenge will create flow-on effects for other retailers particularly in our struggling CBD locations.

“The outlook for January and February is not as positive for retail with Omicron impacts causing confidence levels to drop to their lowest level in thirty years. Foot traffic has slowed significantly and ongoing staffing shortages, supply chain delays and pricing increases are creating another dire set of trading conditions for retailers this year.”

Mr Zahra says some retailers are calling the opening months of 2022 the worst part of the pandemic – a shadow lockdown without the same levels of government financial support.

“Whilst we welcome the state and territory government business supports that are starting to come in, our reports tell us January was a devastating month for retail, hospitality and tourism businesses and we believe much more support will be required. Many small businesses are struggling to keep their doors open with staffing shortages and we are calling on federal and state and territory governments to step up to keep these businesses alive,” he says.