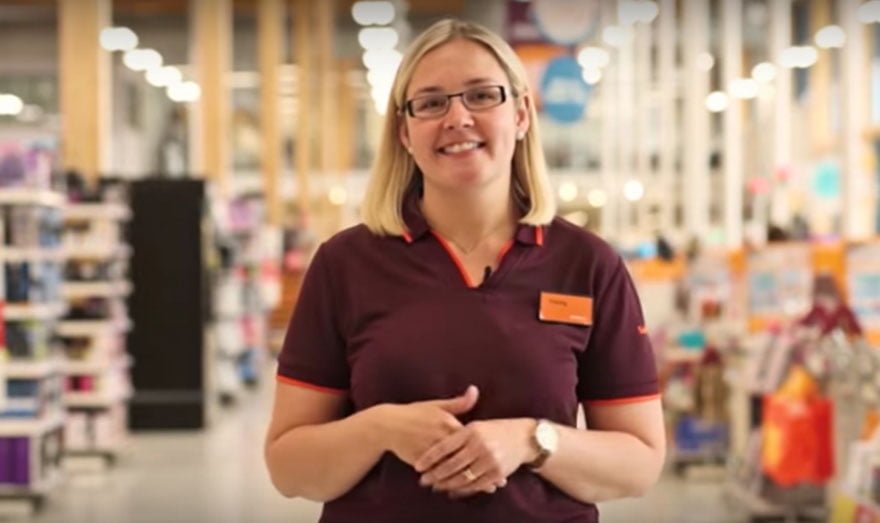 UK retailer Sainsbury’s has created a short film for its staff on how to communicate with deaf customers, particularly those who use British sign language.

The film was created as part of Sainsbury’s ‘non-visible disabilities awareness week’, after staff expressed a lack of confidence in communicating with customers who are deaf sign language users.

To develop the film, Sainsbury’s held workshops with those of its staff who are deaf sign language users. The workshops helped provide insights on the staff members’ own experiences of shopping and which signs would be most useful to teach Sainsbury’s 161,000 staff who would watch the video.

“Our vision is to be the most inclusive retailer, where people love to work and shop,” said Sainsbury’s Company Secretary and Corporate Services Director Tim Fallowfield, who is also Board Champion for Disability and Carers.

“We’re committed to investing in disability-awareness training and this film is just one way that we’re providing additional help to our customers with disabilities.”

The film, titled ‘Life doesn’t come with subtitles: tips for communicating with deaf customers’ recently won Gold at the EVCOM Clarion Awards, which recognise best practice in communicating the importance of CSR, diversity and other issues through live and visual communications.

Over the past year, Sainsbury’s has provided more than 50,000 hours of in-store staff training on how to help customers with visible and non-visible disabilities. In 2015, Sainsbury’s became the first food retailer in the UK to bring SignVideo to its customer service centres – revolutionising the way its deaf customers can communicate with Sainsbury’s call centres.