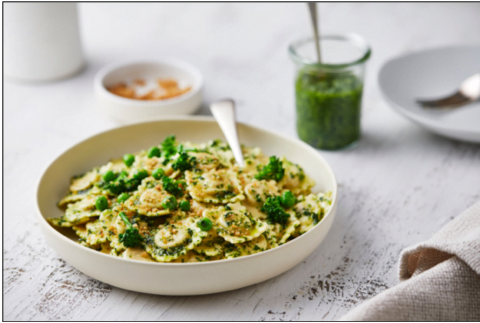 San Remo have jumped on the vegan train with the launch of its new portfolio of fresh pasta: vegan ravioli.

It has been said that San Remo conducted significant research and development prior to the new launch, resulting in a fresh vegan range that reportedly contains no artificial colours, flavours and is a great source of fibre and protein.

“At San Remo we’re all about inclusivity – we want as many people as possible to enjoy our pasta, whether they have dietary requirements or are making personal choices about what they eat,” explained San Remo Chief Marketing Officer Erik de Roos.

“We spent a significant time and investment to deliver a product that is tasty and will appeal to both vegans and non-vegans alike.”

Available at independent supermarkets nationally, at RRP$6.99, the 400g packet is said to be great for two and cooks in six minutes.

Australia is reportedly the third fastest growing vegan market in the world.