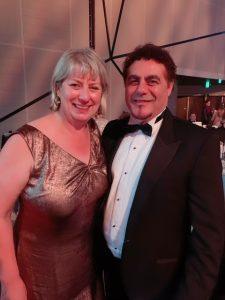 The 2019 winners of the South Australian Premier’s Food and Beverage Industry Awards have been announced.

This took place on Friday night at what has become one of the biggest industry nights of the year, says Food South Australia CEO Catherine Sayer.

Ms Sayer highlighted Mexex, which won three awards for innovation in food or beverage, education and service to the industry. The company develops more than 100 new products every year for brands across Australia which are sold worldwide, and recently established the first world gold standard aseptic packaging facility in the Australasian region.

“It’s the businesses who look to the opportunities provided by shared capability and capacity who kick-start innovation, regardless of whether they are new or long established.”

Individual awards recognised industry professionals with focus on the future

The individual awards this year have also recognised industry professionals with a strong focus on the future.

Golden North Managing Director Peter Adamo received this year’s Leader Award, and another member of the fourth generation of the Ceravolo family, Joseph Ceravolo, has added his Next Generation Award to the family’s accolades, which also included a Sustainability Award for Ceravolo Orchards and an Innovation Award for its brand Ashton Valley Fresh this year.

Dave Reilly of Gurra Downs, now the largest date producer in the country, has been recognised for his achievements fostering diversification in South Australia’s agricultural industry with the Duncan MacGillivray Entrepreneur Award.

The Awards finished on a sweet note when the Consumer Award was awarded to state favourite and iconic brand Haigh’s Chocolates.

Education and Training Award, sponsored by The University of Adelaide: Mexex

ALDI Australia has made temporary changes to the stores to ensure the health and safety of customers and staff. ‘As we continue to monitor the...
Read more