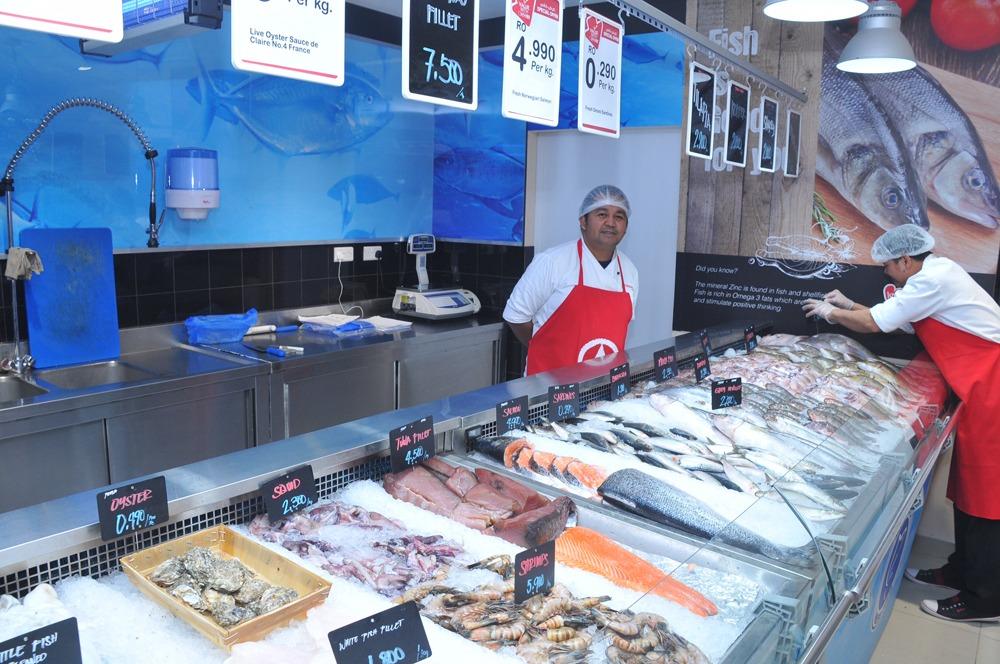 SPAR officially launched in Indonesia on March 4, with the opening of three stores in Jakarta, marking a significant milestone in the partnership between SPAR International and PT Ramayana Lestari Sentosa, Tbk.

At the official openings, the partnership confirmed plans to open 15 stores in Indonesia by the end of the year, thus exceeding the initial 2015 targets.

SPAR International is the world’s largest food voluntary retail chain with more than 12,200 stores worldwide and global retail sales of $45.57 billion in 2013. The partnership with Ramayana, which was announced in September 2014, is a key part of SPAR’s ongoing expansion into Asian markets.

Ramayana is a leading, publicly quoted retail group with 116 stores throughout Indonesia trading under the Ramayana, Robinson and Cahaya brand names.

A total of $1.13 million was invested in the refurbishment and relaunch of the three stores in Bogor, Cibitung and Cibubur. The stores, each approximately 1,500sqm, offer a full supermarket range and have been completely upgraded and modernised in line with SPAR’s unique and market-leading retail concept. This includes the introduction of large fresh sections including in-store bakery, fresh fish, hot food to go, or to eat in, combined with a special emphasis on the family offering.

The partnership anticipates a 30 per cent increase in retail turnover as a direct result of the store conversions to SPAR.

The official launch took place at the Mercure Jakarta Sabang Hotel and included an address from His Excellency, Mr Rob Swartbol, Ambassador of the Kingdom of the Netherlands in Jakarta.

“The opening of the three new stores is evidence of the significant progress already made in the short period of our partnership with Ramayana and introduces a new level of retailing excellence to the Indonesian marketplace. Today’s developments will act as a strong foundation to develop our strategy and build our presence further in the Indonesian market.”

Ramayana President Agus Makmur said they were delighted to relaunch the stores in partnership with SPAR International.

“Our understanding of shopping patterns and shopper demand along with our investment in training and staff, and relationship with local suppliers, renders Ramayana the perfect partner for SPAR in this market,” he said.

“Based on our years of experience serving customers in Indonesia, we are confident that these stores offer shopping environments which provide excellent value, quality and service to the typical greater Jakarta family.”

The openings are part of SPAR International’s strategy of strengthening its presence in the Middle East through its cooperative venture with the Abu Dhabi Co-operative Society.

The stores, in the Omani capital, Muscat, incorporate SPAR’s multi-format offering and include a 700sqm SPAR supermarket as well as a 250sqm SPAR Express store. The stores specialise in providing high quality fresh food combined with product range, service and value.

The new store openings in Oman are the first of nine planned openings across the Sultanate by the end of 2016.

The Khimji Ramdas Group is one of the largest business conglomerates in Oman. Its retail portfolio includes 60 supermarkets ranging from 300sqm to 3,000sqm and it is a trusted partner for more than 400 global brands. It has an annual turnover of more than $1 billion and employs more than 5,000 employees across Oman, the UAE and India.

SPAR International and its partner in Lebanon Retail Works SAL have launched their first two stores in Beirut in line with their robust expansion plans into the Lebanese market in 2015.

The first two SPAR stores in Lebanon, based in the Nabatieh and Sodeco areas of Beirut, represent SPAR International’s global best practice in providing a new shopping experience for Lebanese customers incorporating freshness, value, choice and service. The Nabitieh supermarket will be a key source of a wide range of grocery items for the entire south region.

“These store launches mark another significant milestone in the development of the SPAR brand in the Middle East,” SPAR International CEO Dr Gordon Campbell said.

“We are confident that these quality stores in these excellent locations will provide Lebanese consumers with an exciting new customer experience, which we are committed to emulating in our stores across the region.”

The launch event took place at the state-of-the-art 2,400sqm Nabatieh store on March 7.

Speaking at the event, Retail Works SAL Chairman and CEO Habib Wehbi said: “The launch of our second location within the first quarter is a proud moment for us. In terms of Nabatieh, not only do we aim to be a source for all household and community needs, but to also have a positive impact on the economy with job creation and added footfall.”

Over the past 18 months, extensive work has been carried out by Retail Works SAL in partnership with SPAR Middle East and SPAR International to develop and tailor the optimum SPAR brand solution for the market. Plans are also on track to open two more stores in Lebanon later this year.