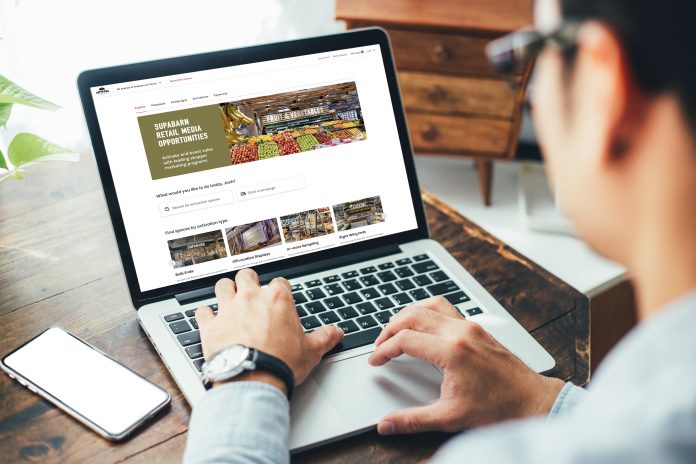 Major supermarkets globally have seen significant growth in retail media sales over the past 12-18 months, partly driven by the strategic development of in-house media operations like Woolworths Cartology and Walmart Connect, according to Brandcrush, an end-to-end retail media and partnerships platform. However, a reliance on offline processes has hampered the ability to scale and grow retail media sales for independent supermarkets.

Despite these limitations, the potential for independent supermarkets as powerful consumer marketing channels remains.

Throughout the pandemic, independent grocers grew in popularity as shopping locally became a requirement. Data from Nielsen revealed a 6.1% jump in market share for non-major supermarkets through the first three weeks of March 2020, driven in part by panic buying activity. In August, sales for the food section of IGA rose 3.5%.

Supabarn has become an early adopter of retail media technology. Managing Director Theo Koundouris says that by partnering with Brandcrush, the supermarket chain is entering the next phase of its retail media journey.

“We know that there is an incredible potential for growth in our retail media assets. We had already been doing this to a degree, but without the technology to support it, our growth had been hampered. We’re excited to partner with Brandcrush and drive greater ROI for brands who can engage and influence shoppers on their way around stores and on their path to purchase.

“It’s exciting to be a leader in this space. Brandcrush is allowing us to access tools, workflows and systems that help us scale our retail marketing efforts in the same way the majors do. We would never have been able to build this technology ourselves, so this plug-and-play technology is a real gamechanger.”

By taking steps to digitise, Supabarn is transforming its retail media ecosystem — a move that has received overwhelming support from suppliers. From 1 December, Supabarn will use the platform to handle workflows digitally and at scale.

Plus, brands and agencies will be able to find and book retail media campaigns with Supabarn in minutes.

“Without a digital management solution, the media revenue potential for retailers is not being realised. Our platform unlocks new media opportunities and digitally transforms supplier marketing from offline PDF packs and excel spreadsheets to a powerful end-to-end software solution where retailers can monetise and maximise their media potential.

“We’re excited to work with our first supermarket partner and to offer Supabarn’s suppliers a streamlined media booking experience to influence shoppers on their path to purchase.”