The Distributors come together for inaugural National Trade Show 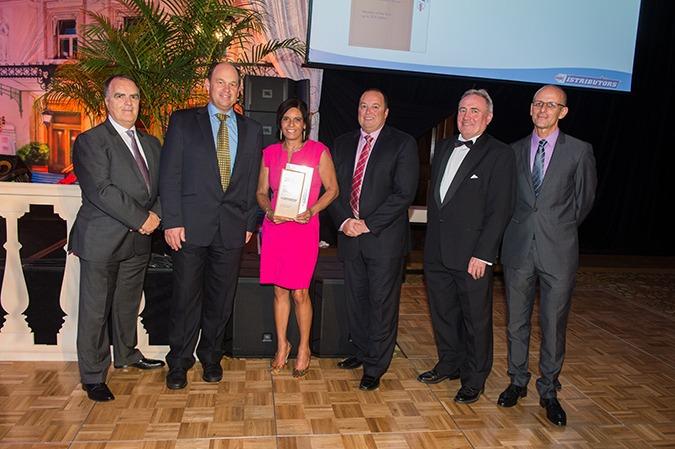 The Distributors’ management team, along with members, suppliers and customers, gathered at the Gold Coast in early May for its inaugural National Retailer and Wholesaler Trade Show & Conference.

The Marriott Resort & Spa at Surfers Paradise hosted the three-day casino-themed event, which saw more than 300 customers and over 50 suppliers attend.

The first day kicked off with the inaugural Retailer Trade Show, which provided the opportunity for members and suppliers to interface with convenience and route customers. The Wholesaler Trade Show followed in the afternoon, hosting more than 50 exhibitors showcasing new product lines, the latest innovations and trends.

Adopting a casino theme for its stand, Snack Brands Australia’s exhibit was a highlight of the trade show, complete with a blackjack table. Red Bull was inviting with its DJ truck, brightly lit information stand and promo girls offering delegates an energy pick-up throughout the day.

Complete with a bubble machine and beach umbrella, Lipton showcased its relaunched sparkling iced tea range, with the addition of a new peach flavour. Formerly available in cans, the range now comes packaged in a 500ml PET bottle and claims an improved taste.

With the increasingly growing trend for coconut water, Natural Raw C introduced its soon-to–be-launched Pure Energy Guarana & Acai, and Pure Protein & Cacao lines, bringing increased functionality and flavour into the coconut water segment. Another major player in coconut water, H2Coco, presented its newly launched Cocoespresso, with the product a combination of a full shot of coffee and coconut water –feedback from the trade was positive.

Also catering to the functional and better-for-you beverage market, FAL Food and Beverages showcased its Hi-Pro Boost protein drink, which is claimed to be scientifically formulated to increase performance, help with recovery and provide essential nutrients for active bodies.

To coincide with the highly anticipated release of the Minions  movie this month, Ferrero was building excitement around the launch of its Minions themed banana flavoured Tic Tac. The launch represents Tic Tac’s first ever licence association, with the limited-edition flavour created using all-natural colours, complete with a minion printed on each individual mint.

Catering to increased demand for healthy options, Sanitarium showcased its latest launch, Naturally Nood wholefood fruit and nut snack bars. The range contains dates and nuts, with some varieties featuring other fruits or cocoa, without any added nasties such as preservatives, artificial colours or flavours.

The day wrapped up with a cocktail welcome party offering delegates an invaluable networking opportunity.

On the second day, members gathered for the mid-year state-of-business update and supplier presentations. That evening, the ballroom was transformed for the formal gala dinner, featuring entertainment from musical comedy act The Axis of Awesome, who played a combination of original material and pop parodies.

The dinner culminated with the presentation of The Distributors’ annual awards, recognising supply partners and members. The members’ awards were voted for by suppliers, with supplier awards voted by the members.

The award winners include:

Festivities continued late into the night with guests choosing between The Distributors’ ‘casino’ and ‘night club’ to celebrate another successful year.

The conference concluded with the well-attended supplier forum, which provided suppliers with an update on the group’s strategic direction.

“We are very pleased with the attendance at our first ever National Retailer & Wholesaler Trade Show,” Distributors General Manager Alessandro Garofalo said. “It was a fantastic opportunity for our trading partners, customers and suppliers to share what our group can offer across our national footprint made of passionate and dedicated local businesses.

“Working more in partnership, sharing as much as we can to plan and work together will make sure that we are all successful.”