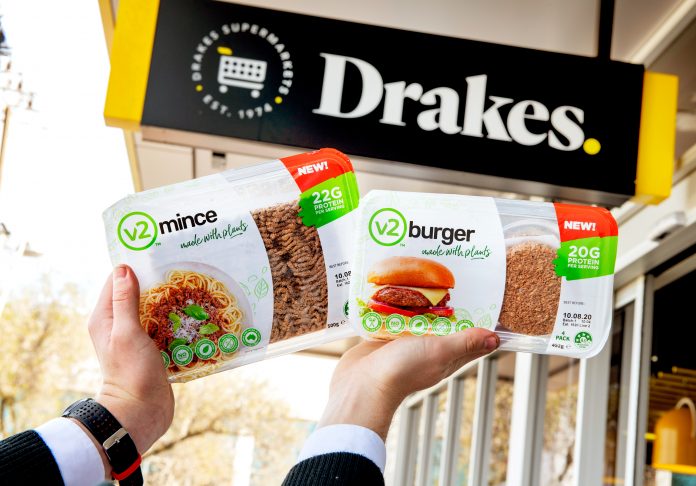 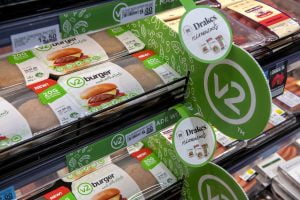 For the first time, its plant-based v2mince and v2burgers will be available at the supermarket, in the meat aisle.

This exciting announcement means that Aussies will have the chance to buy v2’s plant-based products and cook them at home. From today, the general public can find the products at all 61 outlets of Drakes Supermarkets in South Australia and Queensland, making Drakes the first major retailer to sell v2food’s plant-based meat.

“v2food doesn’t see an end to some meat dishes at the dinner table, but it is only by encouraging shoppers to embrace plant-based alternatives that we can sustainably feed the world’s growing population – which is expected to hit 10 billion by 2050,” says Founder and CEO of v2food, Nick Hazell.

“That’s why it’s incredibly encouraging that a retail leader like Drakes is taking the initiative to put plant-based meat in the meat aisle.”

Director of Drakes Supermarkets, John-Paul Drake explains: “We are thrilled to have v2mince and v2burgers in the meat aisle as an Australian made plant-based alternative, and to be v2’s first supermarket partner.

“Plant-based meats are growing in popularity around Australia and the demand is growing with our customers. We know that they will be eager to be the first in Australia to buy the products from our shelves.

“When I first tasted the v2 products, I thought it was real meat!”

The v2mince RRP is $8.50 and v2burger RRP is $9.00. For the latest list of places carrying v2foods, check the Where to Buy tab on the v2food website.