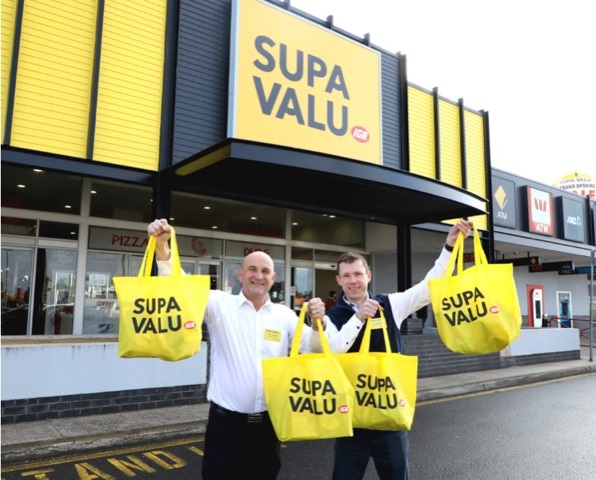 The store is owned by Morgan’s IGA Supermarkets and previously traded as Morgan’s SUPA IGA Delahey.

With many shoppers facing steep rises in cost of living, the opening of SUPA VALU couldn’t have come at a better time, he adds.

“This has been in the works for three or four years, but of course, Covid and the lockdowns got in the way. No one knew inflation was going to skyrocket like this, but it has, and the people in Delahey are loving our offer, we’re getting smashed.”

Speaking with Retail World ahead of the store’s first weekend of trade, Mr Morgan says the team are bracing themselves for more crowds.

“We’re working hard to keep replenished. There’s a lot of stock coming in from the Metcash warehouse and direct from suppliers. We don’t want to disappoint anybody, so we’re working hard on our end to get stuff back on the shelves.”

Mr Morgan extended his thanks to the Metcash team for their “incredible support and resources” in finalising the store.

“We were battling a headwind of labour shortages, Covid absenteeism, equipment and supply problems, stock shortages – it was just endless. It took a massive team effort between Metcash and Morgans to actually get it off the ground. I’m chuffed that we got it done on time. It was an absolutely super effort.”

SUPA VALU Delahey is located on Taylors Road and is open 7am-10pm daily.

“It’s really exciting and I think Metcash and Morgan’s have absolutely nailed it,” Mr Morgan says.