Welcoming cobots into the workplace

More than 10 years ago, collaborative robots also known as cobots were introduced – initially being sent off to innovation centres for testing and were never to be seen or used on the production floor.

Today it’s a different story. Cobots are the fastest-growing segment in the robotics industry and have been embraced by companies both big and small. They address labour shortages, economic volatility, safety concerns and competitive pressures.

Head of Southeast Asia & Oceania at Universal Robots (UR), Darrell Adams says that a systematic process should be carried out to identify where best a cobot can be used. 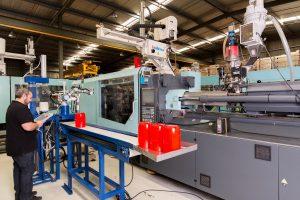 Mr Adams recommends working with your respective teams to analyse factory processes and determine where exactly cobots could add the most value.

“Jobs that were not automated in the past may now be considered because of social distancing requirements, the need for increased output or a stronger focus on adopting Industry 4.0 implementation.”

Mr Adams begins explaining the process of cobot implementation and says, “To start with, spend some time analysing your current production environment. Look at your people, the tasks that they are currently completing and where they are waiting for a task to be completed before they can move onto the next one”.

Any time that a person is standing around waiting for a process to be completed before they can move on to the next step, is time and money wasted.

“Tasks like putting parts into a box, tending to a CNC machine, transferring parts from one line to another, inserting screws, loading or unloading and even welding are tasks which can be automated. If a cobot can do it, why wouldn’t you give a person something more valuable to do?” asks Mr Adams.

Tasks that can be unbundled or have subtasks are also suitable for cobots. These are typically good starting points. “Look for tasks where a person is doing one or two things. Unlike people, robots use robot arms that are typically good at carrying out one or two things at a time. Asking the robot to do more tasks can sometimes require the robot to switch hands. One example of a typical two-step task is that of taking a part out of a machine and inspecting it.”

The costs and benefits of industrial robot arm deployment must be considered to determine whether the Return on Investment (ROI) meets the business’ requirements.

The analysis must include the upfront robot cost, installation and maintenance. This includes integration with other machines and equipment, programming, peripherals (grippers or sensors, robotic arm controllers) and any safety-related retrofitting.

To help decide whether a cobot or traditional robot arm should be used, there is a summary in one of Universal Robots latest blog.

“It really depends on the application,” says Mr Adams.

“By comparison, implementing a cobot is more affordable than one would think. They generally offer a payback time of between one to two years, based on the cost of the complete solution”.

Calculating your true ROI is not just a matter of labour savings. “Factor in aspects such as engineering costs, installation costs, safety assessments, programming and re-programming,” says Adams.

Also take into consideration training, re-organising the production floor, downtime during installation, number of shifts, the longevity of the cobot, alternative hiring costs and alternative personnel costs to get a true picture.

“In a recent success story, BWIndustrie in France deployed four cobots to improve its manufacturing processes. The ROI of the installations is less than 12 months. A record of 6 months was reached in 2015 on a loading robot working three shifts.”

To find out more

Universal Robots will be hosting regular webinars to help customers get started with cobots and explore automation opportunities. Also check out UR Academy and UR’s extensive UR+ ecosystem is also locally available.