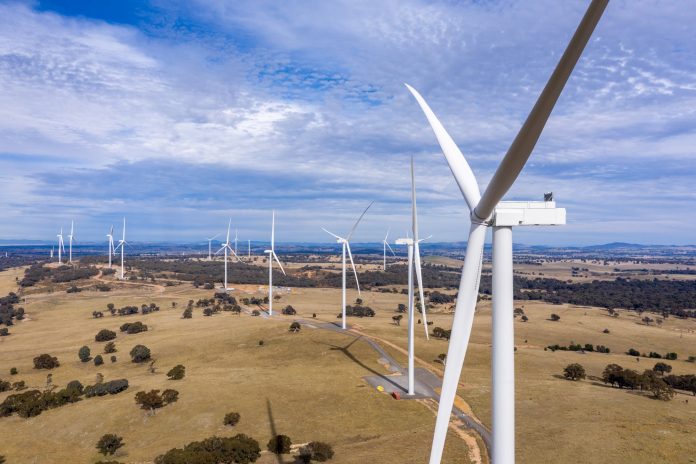 Woolworths Group has made its first renewable power purchase agreement (PPA) with a new-build NSW wind farm to inject an expected 195,000MW hours of green electricity into the state’s energy grid annually.

From January 2022, the PPA will cover around 30% of Woolworths’ NSW energy needs with the electricity required to power 108 supermarkets. This, says the business, will avoid almost 158,000 tonnes of carbon emissions each year.

Woolworths has partnered with CWP Renewables on a 10-year agreement to purchase power generated by the new Bango wind farm, supporting regional investment and jobs.

As Woolworths transitions to 100% renewable electricity by 2025 – on its path to becoming net carbon positive by 2050 – the Group says it’s prioritising investment in a number of initiatives. This includes new developments like the Bango wind farm, which is currently under construction.

Woolworths Group Director of Format Rob McCartney says the business knows the steps it takes to become a more sustainable business today will help create a better tomorrow for generations to come.

“Going beyond net carbon neutral, we’ve committed to take more carbon out of the atmosphere than we produce by 2050 and our first renewable power purchase is a key milestone in that pursuit,” he says.

“Supermarkets are particularly energy intensive to run and we want to use our scale for good by supporting the transition to renewable electricity.

“To spur the growth of the industry, we’re prioritising renewable energy from new build projects like the Bango wind farm, which also demonstrates the potential of green energy to deliver investment and jobs to regional areas.”

Woolworths Group’s PPA is expected to support more than 100 jobs in construction and operation of the Bango wind farm. The project will pay annual rents to local landholders whose properties host wind turbines and CWP Renewables will establish a $14 million fund for community projects.