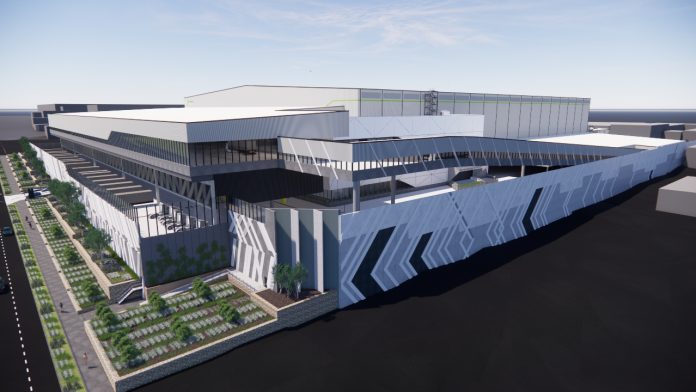 Following the acquisition of an additional 27.8% equity interest in Quantium on 31 May, Woolworths Group will recognise a non-cash gain of approximately $220 million reflection the fair value of the Group’s original 47.2% interest compared to its previous carrying value, less transaction costs.

The Group will recognise approximately $69 million in transaction costs related to the demerger of Endeavour Group and costs associated with the acquisition of PFD Food Services.

The Group has completed a review of its Metro Food Stores network, given the impact of Covid on sales in key transit locations such as CBD and public transport sites. Sales in these locations have been, and remain, materially negatively impacted by Covid. While the Group remains committed to the rollout of Metro Food Stores, it will record a non-cash impairment charge of approximately $50 million in relation to store and lease assets across 13 stores within the network. This impairment charge reflects a balanced view on the speed of recovery of CBD and transit customer movements and the likely impact of this on Metro stores.

Woolworths Group CEO Brad Banducci said: “We remain very committed to our convenient Metro Food Stores having refined our smaller format and range over a number of years. However, the changing customer work and shopping patterns we have seen over the last 15 months have negatively impacted some of our stores, particularly in CBD and transit locations, resulting in the impairment announced today.

“Most Metro stores are in locations that have not been impacted by a reduction in customer foot traffic and continue to perform well, including new-look neighbourhood stores recently opened in suburban Sydney.”

The proposal for a new fresh food DC in Wetherill Park was lodged earlier this year and has received investment approval from the Woolworths Group Board. A separate planning proposal will be lodged for a new liquor DC in Kemps Creek this week. Both are subject to NSW Department of Planning approval.

The 76,000sqm multi-storey fresh distribution centre at Wetherill Park is set to service more than 280 Woolworths stores across NSW commencing in 2023.

The temperature-controlled distribution centre will have the capacity to distribute more than 3700 fresh produce and chilled lines. It will provide a significant uplift in capacity to drive Woolworths Supermarkets’ ongoing range expansion and support continued volume growth in NSW.

Woolworths Group CEO Brad Banducci said: “The development of the Wetherill Park facility will help us deliver high-quality fruit, vegetables and chilled goods to our customers fresher, faster and more efficiently than ever before.

“Wetherill Park is strategically located in close proximity to a large number of our stores, suppliers and transport providers, making it an ideal base for our fresh food distribution in NSW.

“The co-location of fresh and chilled operations across a multi-storey site will also help remove more than 11,000 truck movements off Sydney roads each year – delivering environmental, traffic and road safety benefits to the community.”

The Wetherill Park DC will replace the current fresh network in NSW. Fresh and chilled products in NSW are currently supplied out of three sites, comprising the Minchinbury Fresh DC and two third party facilities, with limited capacity to service range expansion and volume growth over the medium to long term. As a result, temperature-controlled operations at the Sydney Regional DC in Minchinbury are expected to cease in 2024, impacting around 330 Woolworths Group team members.

Mr Banducci added: “We understand the impact these decisions have on our team members and never take them lightly. We’ll explore redeployment opportunities wherever possible, and provide a wide range of support and career transition services in the lead up to the site closure. We’ll also look to draw on our Future of Work Fund to support reskilling programs.”

The 35,000sqm Kemps Creek Liquor DC will be managed by Primary Connect and service more than 400 Dan Murphy’s and BWS outlets across NSW under a partnership agreement with Endeavour Group from 2022.

Primary Connect Managing Director Paul Graham said: “We’re pleased to be partnering with Endeavour Group on the Kemps Creek development to deliver improved service to their store teams. It’s a major commercial agreement for Primary Connect, which recognises the scale and capability we can offer to external partners. Importantly, the project will also deliver hundreds of new jobs on the doorstep of the fast-growing Western Sydney Aerotropolis.”

Heathwood Fresh Distribution Centre is also under construction in Queensland as well.