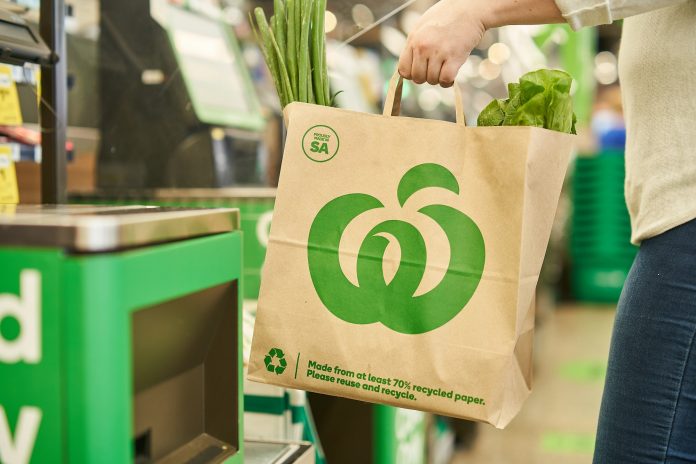 Woolworths Group sales grew 8.0% in H22. In the Australian Foods division, total sales growth was solid at 3.4%, but moderated over the half as lockdowns eased before strengthening in late December.

Woolworths Group CEO Brad Banducci says that it was one of the most challenging halves the group has experienced due to the far-reaching impacts of Covid-19.

Despite this, “we ended H1 strongly with positive trading momentum and helped our customers enjoy a much-needed Christmas celebration and festive holiday season”.

“Omicron created new challenges in early January with a record number of team members isolating and material supply chain and stock flow issues. However, having learned from the Delta outbreak, we responded with agility and are gradually moving into a more consistent operating rhythm,” says Mr Banducci.

Woolworths’ customer scores were impacted by on-shelf availability as a result of supply chain disruption, but its market share and brand and reputation scores remained strong.

“A particular highlight is that our customer metric measuring whether our customers felt cared for remained consistently high across all Group businesses,” says Mr Banducci.

Metro Food Stores returned to growth in the half with sales increasing 7.2% due to store growth and strong sales in neighbourhood food stores. CBD and transit stores remain materially impacted by lower foot traffic.

WooliesX B2C eCommerce sales growth was strong at 50.5%, with higher demand due to Covid-19 restrictions and material increases in both home delivery and direct to boot capacity.

Mr Banducci says penetration was 10.8% of sales for the half but reached 15% of sales in NSW during Q1, “placing enormous pressure on our teams”.

“Pick up mix remained high at 39.2% in Q2 with the continued growth of Direct to boot, reflecting the convenience of the service and material capacity increases.”

Other WooliesX highlights reported by the group included record visits to its digital platforms driven by app usage, good momentum in Cartology and progress in creating connected and personalised customer experiences.

“A particular highlight was the ongoing growth in Everyday Rewards with over a million weekly active app users and successful Save for Christmas and Team Thank You campaigns,” says Mr Banducci.

The Group’s Australian B2B segment, reflecting Woolworth’s investment in PFD Food Services, partnership services with Endeavour Group, and the expected growth of our other B2B businesses, saw sales increase by 213.4%.

BIG W’s sales were materially impacted by store closures in NSW and Victoria during the half. Sales growth on a two-year basis remained strong at a CAGR of 4.5% but declined by 9.0% compared to the prior year.

Quantium had a strong H1, signing new partnerships with Asda and Telstra. It also established Q-Retail to bring together Woolworths Group and Quantium’s retail analytics capabilities into one cohesive team.

“The use of advanced analytics to optimise promotional activity and further our range localisation strategy is delivering promising results,” says Mr Banducci.

“In summary,” says Mr Banducci, “it was a challenging half for our customers and team, and this was reflected in our customer scores and financial performance. But despite the various disruptions, we were able to continue our focus on building a better business and I am confident we will return to a more consistent operating rhythm and financial performance in for Woolworths H2.”