Aussie legend Arnott’s up for sale 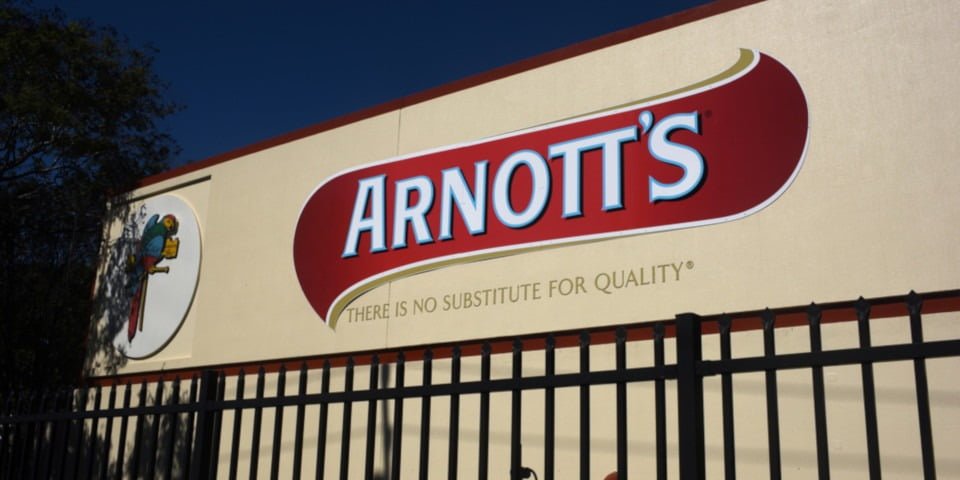 Australian biscuit maker Arnott’s, responsible for such iconic Aussie favourites as Tim Tams and Shapes, is up for sale.

Arnott’s is currently part of the international food division of US food giant Campbell Soup. Campbell says it intends to sell this division, along with its division for fresh food.

The company says it’s going to focus on Campbell Snacks and Campbell Meals and Beverages. Its strategy is to concentrate on what it sees as its core American market.

The two divisions up for sale bring in about $US2.1 billion ($2.9 billion) in yearly sales. This is about a quarter of Campbell’s overall revenue.

The company has reportedly hired Goldman Sachs Group Inc and Centerview Partners to sell the divisions.

Campbell is 149 years old. Some say it revolutionised the home-cooking industry with easy-to-prepare soups and low-cost production techniques.

But in recent years it has struggled to attract a younger generation of consumers to its products. Its foray into fresh food also faltered and its shares have fallen by a third in the past two years.

He later moved to Newcastle and made biscuits and pies for people working in industry and the nearby docks. The company was under family control until 1975.